The little boy's parents Sukhjinder and Briseida Sran on Wednesday pleaded not guilty to felony counts for the death of their son.
KFSN
By Alyssa Flores 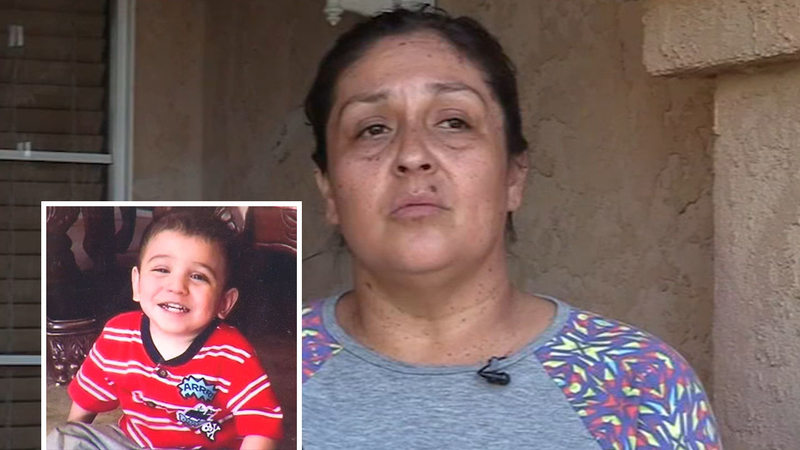 MADERA, Calif. (KFSN) -- The investigation continues in the murder of 2-year-old Thaddeus Sran.

His parents Sukhjinder and Briseida Sran on Wednesday pleaded not guilty to felony counts for the death of their son.

Just hours after that, the heartbroken family of the little boy spoke out.

In Spanish, the boy's grandmother said she never could have seen this coming.

"He was happy all the time. He was very joyful despite the fact he didn't walk, he crawled. But he was very happy," said Imelda De La O. "My heart cannot believe it. I don't believe it."

She said the alleged involvement of Thaddeus' parents came as a complete shock.

On July 23, burned remains believed to be those of Thaddeus were discovered by cadaver dogs in a rural area.

The next day, the Srans were arrested for their little boy's murder.

De La O described her son-in-law as a good person and her daughter Briseida as a loving mother.

The suspects have three other children, who are currently in Child Protective Services Custody. Authorities say Briseida is also currently eight months pregnant.

They had a baby girl who passed away in 2015. When asked about the circumstances of her death, De La O declined to comment on the matter and said the investigation was closed.

The couple is scheduled to be back in court for a pre-preliminary hearing and bail review next Wednesday.