'Most realistic' Halloween episode ever on 'The Conners,' Lecy Goranson says 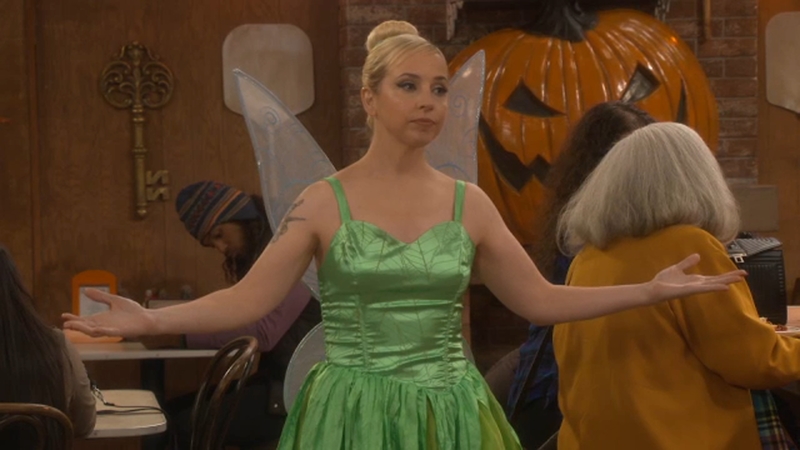 Lecy Goranson talks about the big Halloween episode on 'The Conners'

NEW YORK -- Get ready for the "most realistic" Halloween ever on "The Conners."

Lecy Goranson, who plays Becky, took time out to talk about everyone's favorite episode of the season, and what's going on with her character's storyline.

"The Halloween (episode) this year, in some ways, is the most realistic year, because they didn't spend as much money as they have on previous years," Goranson said. "It's an inside joke with our cast and crew that they're struggling all year and suddenly they have suddenly all this money for Halloween."

You will see the Conner home all decked out for Halloween though, despite the leak in the roof that forces Dan and Louise to cancel their honeymoon.

But all is not lost when Becky surprises the newlyweds and takes them on a virtual adventure around the world.

"One thing that's really cool about being on a television show is that all of a sudden the set will be transformed," Goranson said. "Our house, our living room, it's like little elves come in and put like a skeleton there, and you know, a severed head there, and a big spider over there and it's really...you know you come into work and go 'Oh my gosh, our house is decorated!' It's really pretty awesome like that."

You know what this means... pic.twitter.com/45I3JlsyUC

Becky is also juggling two different men, even though as part of her rehab and recovery, she's not supposed to be in a serious relationship.

The father of her baby, Emilio, is back. Also, her childhood friend, Mikey, and her have struck up a physical relationship, even though he has expressed he has feelings for her.

"I think it happens to a lot of people that maybe find themselves at some stage of life single again and they go home and there's that guy that always could have been," she said. "Or someone that was a good friend and now it's kind of framed differently."

It's something Goranson says she can relate to herself when she visits her hometown.

"I think for me, I grew up outside of Chicago, and I feel like when I run into a high school friend they still get me, even though no matter where we are in our lives, I think it's such a cool relationship," Goranson said.

Don't miss the next episode of "The Conners," on Wednesday, October 27 at 9 p.m. EDT, on ABC. You can watch episodes on-demand and onHulu the day following their premieres.

Our definition of fun: Watching an all-new episode of #TheConners tomorrow… with a giant candy bar 🍫👻 pic.twitter.com/qdaN5o50Ib