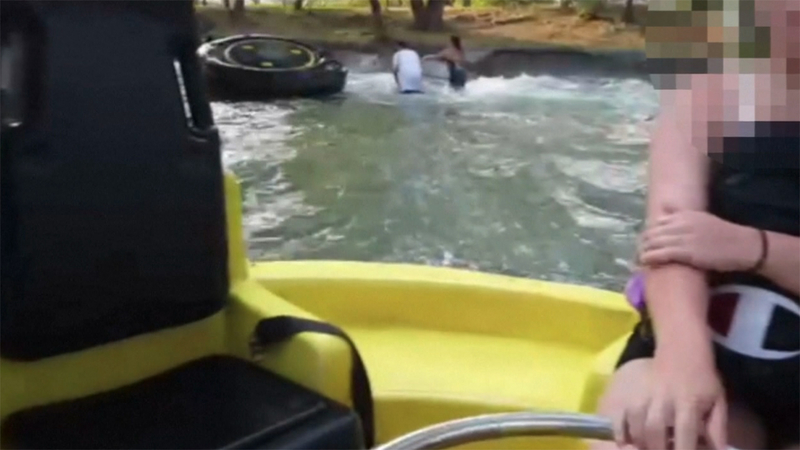 ALTOONA, Iowa -- An 11-year-old boy is dead and three other people have been hospitalized after a raft overturned on a water ride at an amusement park.

The incident occurred at approximately 7:35 p.m. on Saturday, July 3, at Adventureland Park in Altoona, Iowa -- part of the Des Moines metropolitan area -- when a boat on the Raging River ride overturned with six riders on it, according to a statement from Adventureland Park.

"Altoona Fire and Police were on property and responded immediately," said Adventureland Park in their initial statement on Saturday night. "We want to thank them as well as Des Moines, Ankeny, Bondurant, Pleasant Hill and Delaware Township Emergency Services for their fast response ... Our thoughts are with the affected families at this time."

Adventureland Park said the ride had been inspected the day before and "was found to be in good working order" at the time of the accident. The Raging River ride will remain closed for a more thorough inspection.

Adventureland Park released a second statement on Sunday night about the death of an injured rider.

"Adventureland is saddened to learn of the passing of one Guest involved in the Raging River accident on the evening of 7/3/21," the park's Sunday statement said. "This investigation is ongoing and the ride remains closed. Adventureland is working closely with both the State and local authorities, and would like to thank them again for their efforts. At this time, we ask for your thoughts and prayers for the Guest and their family, as well as for our team members who were onsite."

The child who died has been identified as 11-year-old Michael Jaramillo. On Monday, authorities released an update that another child remained in critical condition.

This is reportedly not the first fatal accident to have taken place in connection with the Raging River ride at Adventureland Park.

According to the Des Moines Register, 68-year-old Adventureland Park employee Steve Booher died in 2016 while working on the ride. He was helping riders get out of the rafts at the end of the ride and fell onto the conveyor belt, suffering a fractured skull along with a major brain injury, the paper reported. Booher died four days later.

Iowa's Occupational Safety and Health Administration subsequently fined the theme park $4,500, according to the Des Moines Register -- the maximum the agency could assess for that type of violation.

An investigation into Saturday's incident is ongoing and the ride will remain closed during that time.