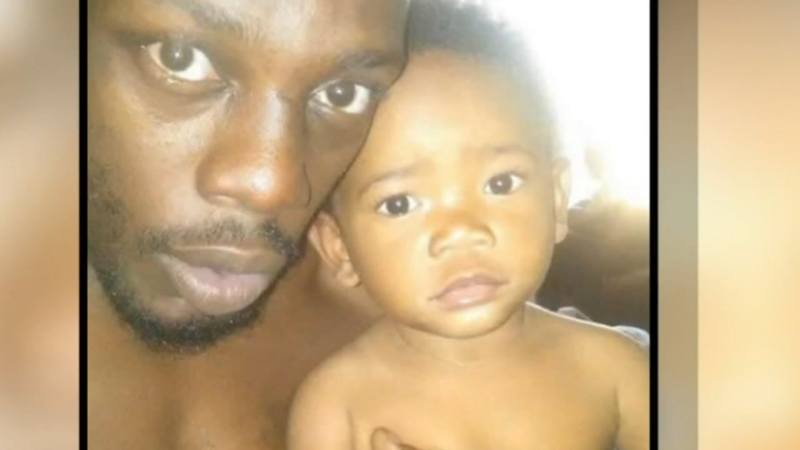 FRESNO, Calif. (KFSN) -- For the first time, officers revealed the injuries to a 20-month-old, gunned down outside his family's apartment three years ago.

The toddler, Rashad Halford Junior, was shot several times in his lower body, ending his life.

Today, the man who officers say fired into a crowd, Devin Ratliff, was held to answer.

Two others, including Rashad's father were also shot -- but survived.

Deputy District Attorney Deborah Miller asked, "Is this an accurate depiction of Baby Rashad on June 22 of 2016 at the autopsy?" Detective Adrian Alvarez answered, "Yes."

Alvarez told the court about the gunshot wounds that killed baby Rashad, who was sitting outside with his parents three years ago. A forensic exam revealed the toddler had three gunshot wounds. One to the right abdomen, another to the left femur and one to the buttocks that caused serious internal damage.

When Alvarez interviewed the child's father- who was also shot- he repeatedly talked about his young son's reaction when his body was pierced by bullets.

Alvarez said, "He kept making reference to the noise the baby made when it was shot and that's what prompted him to come forth and be honest with me and tell me what really happened."

Rashad Halford Senior told the detective he fired back at Devin Ratliff in self-defense.

Halford revealed that as officers looked into why there were two different shell casings at the scene.

Alvarez said, "It was a 9 millimeter and a 10 millimeter."

The second gun was found in Halford's closet. It was a 9 millimeter that was booked for evidence.