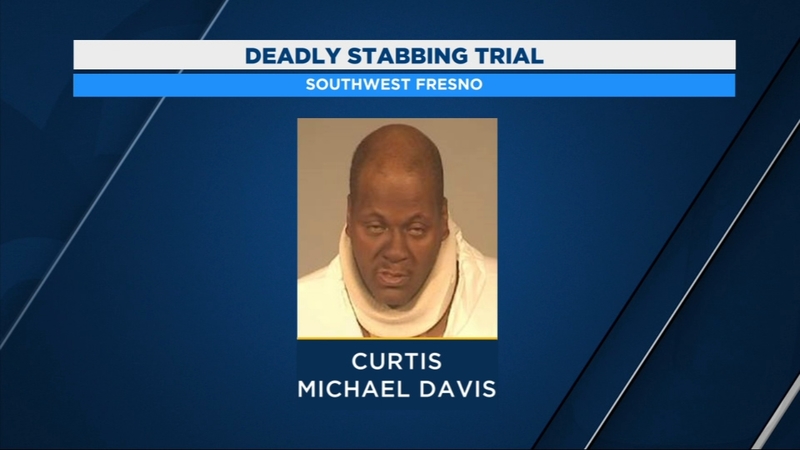 Davis had asked Jackson to buy him a couple of cans of malt liquor when it led to the stabbing.

The man accused of murdering an acquaintance in front of their neighborhood mini-mart faced a jury for the first time Friday.

Curtis Michael Davis appeared in court with a cane and neck support brace.

According to prosecutors Davis used a cane that doubled as a weapon to kill 54-year-old Bernard Jackson on April 15th.

Davis asked the victim to buy him two cans of beer shortly before the altercation.

Prosecutors say Davis used the cane to help him walk to the store and following a verbal argument with Jackson.

Davis removed a sword hidden in the cane and fatally stabbed Jackson one time in the heart.

This all happened in front of the Country Market on East North and South Elm Avenues as customers were coming in and out.