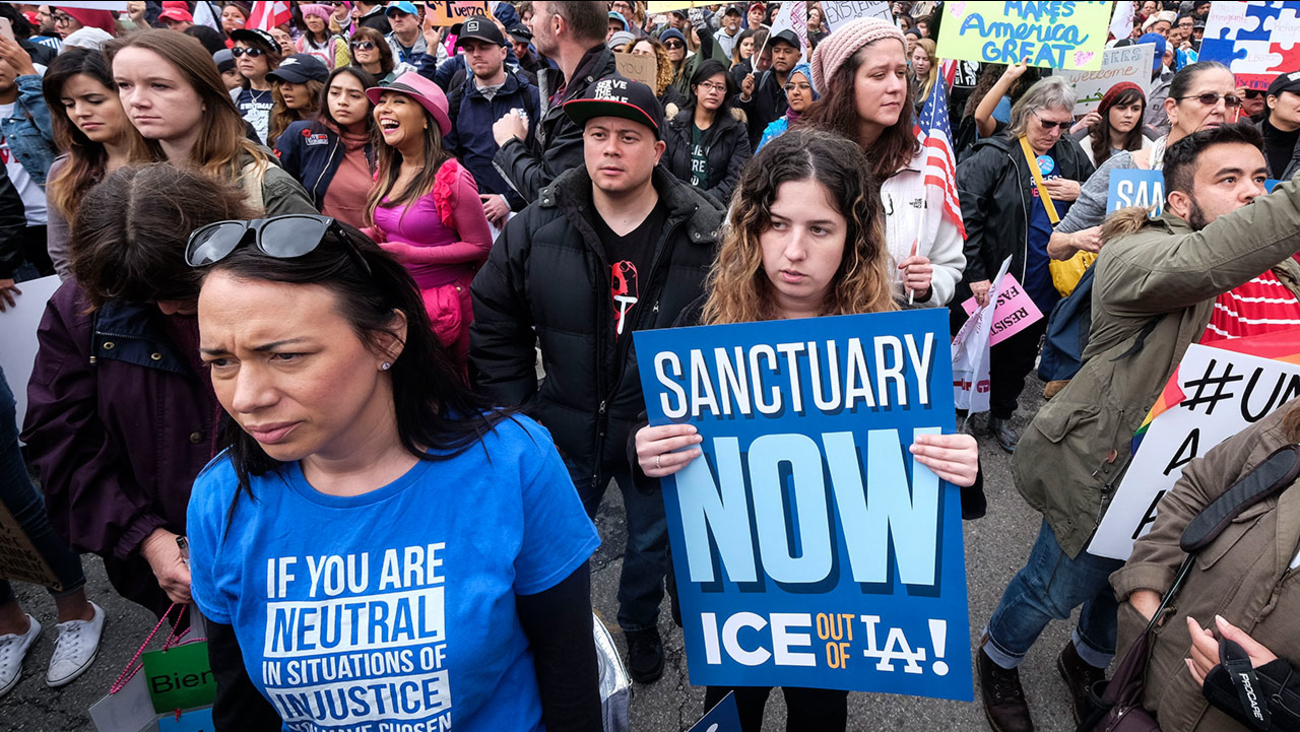 Thousands of people took part in a march in Los Angeles on Feb. 18, 2017 to protest President Trump's immigration policies and call for immigrants to be given sanctuary. (AP Photo/Ringo H.W. Chiu)

SACRAMENTO, Calif. -- A U.S. judge in Sacramento has rejected a request by the Trump administration to block two California laws that protect immigrants in the country illegally.

But Judge John Mendez put a third California sanctuary law on hold in his ruling Thursday.

California officials say their policies promote trust between immigrant communities and law enforcement. The administration says the state is allowing dangerous criminals to stay on the street.

The U.S. government sued the state in March as part of a broader effort to crackdown on sanctuary jurisdictions.