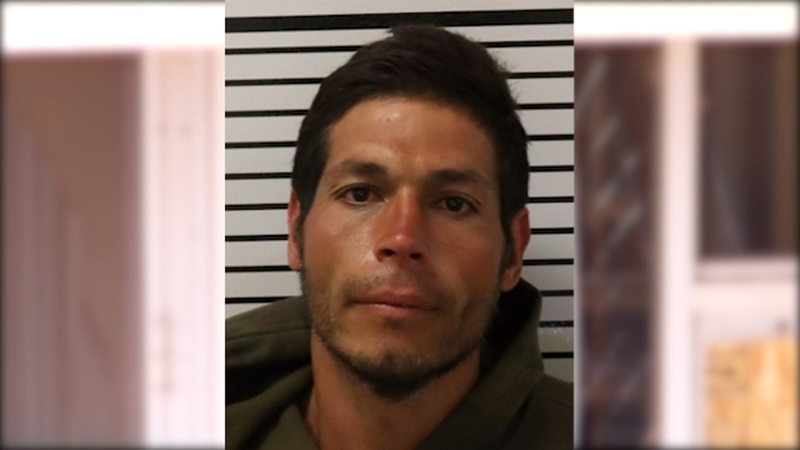 TULARE COUNTY, Calif. (KFSN) -- At the Tulare County Superior Court, glass doors and windows are now boarded up after being shattered.

Deputies quickly responded around 7 pm Tuesday evening after a call from county employees.

"They called 911 and told us there was a person with a hammer, causing destruction, breaking windows, and yelling," says Lt. Nathan Polk.

Lt. Polk says Gonzales was seen breaking the windows, pulling items out of the cab, throwing them all over the ground and he even used some of those items to break the courthouse windows.

"He also on one of the doors toward the Law Library, he threw a maintenance hole cover through the door," Polk said. "It was on fire when it landed inside."

Luckily, the fire was quickly extinguished and no one was injured.

Gonzalez is a familiar face to law enforcement with an extensive past.

"He has been booked several times into our jails with charges back to 2005," Polk said. "They include vandalism, arson, possession of a substance and false info of police officers."

He was found to be on active parole for arson and had an active felony warrant for auto theft-related charges.

He was booked into the Tulare County Adult Pre-Trial Facility for Felony Vandalism, Arson, and Burglary and is being held on a Parole Hold.

Polk says they did respond to another instance a few months ago of a vandalized county vehicle where tools were stolen, and the person responsible was also arrested.

We spoke with several courthouse employees who say they were surprised to hear what happened and they're glad no one was injured.