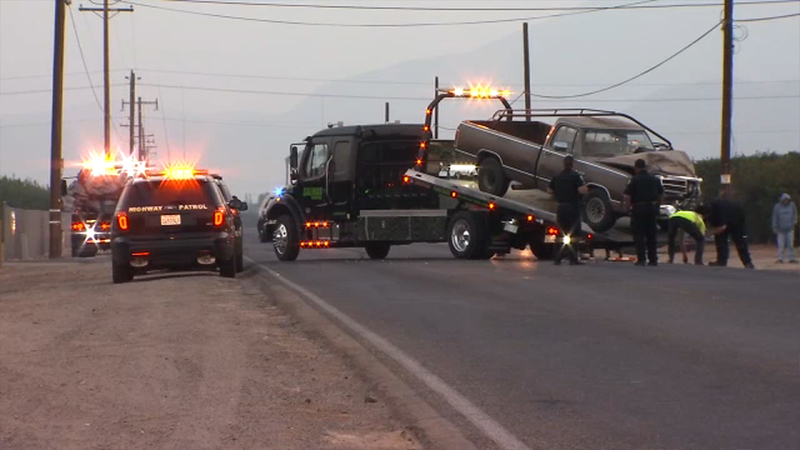 The California Highway Patrol reported the crash shortly after 5 am on Road 120 and Avenue 448, southeast of Orange Cove near the Fresno and Tulare county line.

Following the crash, a Good Samaritan stopped their Chevy Tahoe to help the injured people. CHP officers say that's when a Dodge pickup rear-ended the SUV.

Four people were hurt in the first crash, two of which were taken to Community Regional Medical Center in Fresno for treatment. The extent of their injuries wasn't immediately known.

No one was hurt in the second collision, officials said.

Officers had shut down the roadway while clearing debris from the crash. It has since reopened.