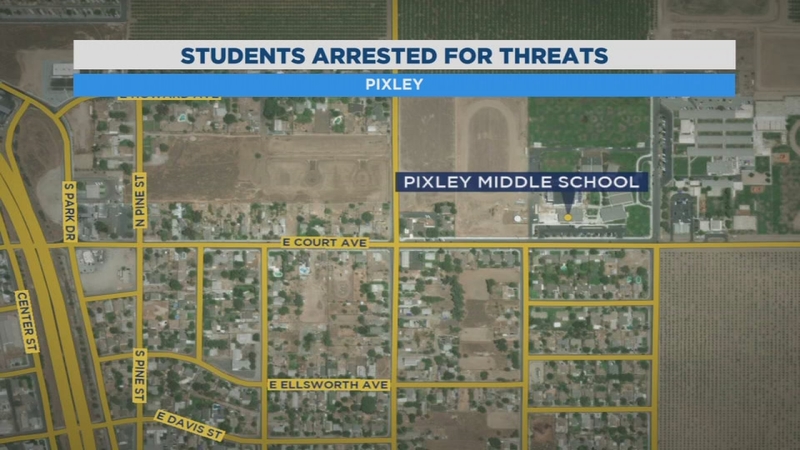 The Sheriff's Department received information through Tipnow, which indicated several students at Pixley Middle School may be involved in a recent terrorist threats investigation that took place on February 15, 2018.

During their investigation deputies interviewed two girls who confirmed they were implicated in the crime. Their parents were notified and are cooperating with the investigation.

Detectives seized one firearm, assorted ammunition, and several gun magazines during the search. The seized gun was voluntarily given to detectives by a family relative.

The two girls were arrested and booked into the Juvenile Detention Facility in Visalia.