Officers says the suspect was going 50 to 60 miles per hour and along the way hit another vehicle.
KFSN 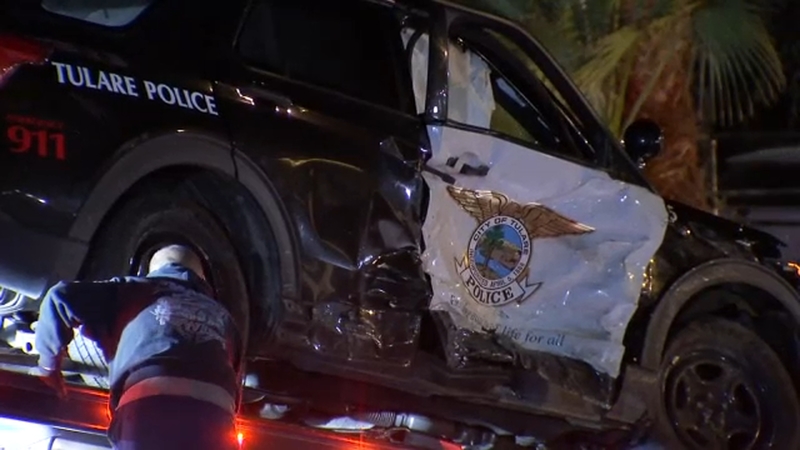 FRESNO, Calif. (KFSN) -- A Tulare police officer is in the hospital, with serious injuries, after investigators say a driver slammed into his patrol car while evading officers.

It happened before seven on Saturday night.

An officer spotted a car that matched the description of a stolen vehicle out of Fresno.

Police attempted to pull over the driver - but she sped off.

The California Highway Patrol (CHP) was called in to assist with the pursuit, which made its way into Lindsay.

A police sergeant was in the area looking for the suspect vehicle.

It was in that moment when the suspects' vehicle ran the stop sign on Olive Avenue, crashing into the sergeant, knocking him unconscious.

Officers says the suspect was going 50 to 60 miles per hour and along the way hit another vehicle.

The driver is 36-year-old Lacy Gonzales of Fresno and there was a passenger identified as 42-year-old Dustin Lewis.

The status or the identity of the injured sergeant is unknown at this time.

Investigators are still working to determine if drugs or alcohol played a role in the crash.