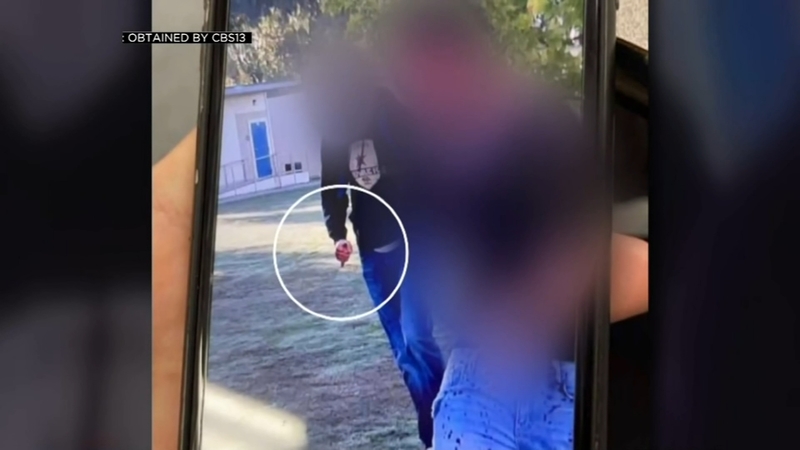 TURLOCK, Calif. (KFSN) -- A North Valley high school student is in jail after he allegedly stabbed another student Friday morning in Turlock.

Other students in the area recorded the violent moment.

A teacher happened to be nearby and quickly stopped the situation from escalating.

School officials told officers the two students got into a fight before the stabbing.

"It appears that it started as a fistfight and it led to the suspect drawing a knife and began stabbing the victim," says Turlock police Lt. Neil Cervenka.

Dozens of other students witnessed the fight and some parents pulled their children from school after they heard about it.

The suspect is being charged with attempted homicide.