Many are on a mission to find the first Black Marines that were established in 1942 as the Montford Point Marines.

ByKandis Mascall and Amanda Su via

In commemoration of the 80th anniversary of the U.S. Marine Corps' first Black recruits, ABC Owned Television Stations presents Our America: Mission Montford Point, celebrating the history of the Montford Point Marines, the estimated 20,000 Black men who broke the color barrier of the last armed service to allow African Americans to join.

Mallorie Berger said she always knew her late grandfather, Private Mauricio Burns, was a U.S. veteran. But it wasn't until last year she learned about his historic legacy.

"Something clicked. Something led me to believe that, you know what, I think, Papa - that's what we call him - was a Montford Pointer," she said in the ABC Owned Television Stations documentary "Mission Montford Point."

Established in 1942, the Montford Point Marines, an all-Black, North Carolina-based unit, became this country's first Black marines. Until then, Black men were not allowed to join the Corps.

James Willis, a Montford Pointer, called those men the "best and brightest and the toughest."

"And I said, 'That's me,'" Willis said in the documentary. 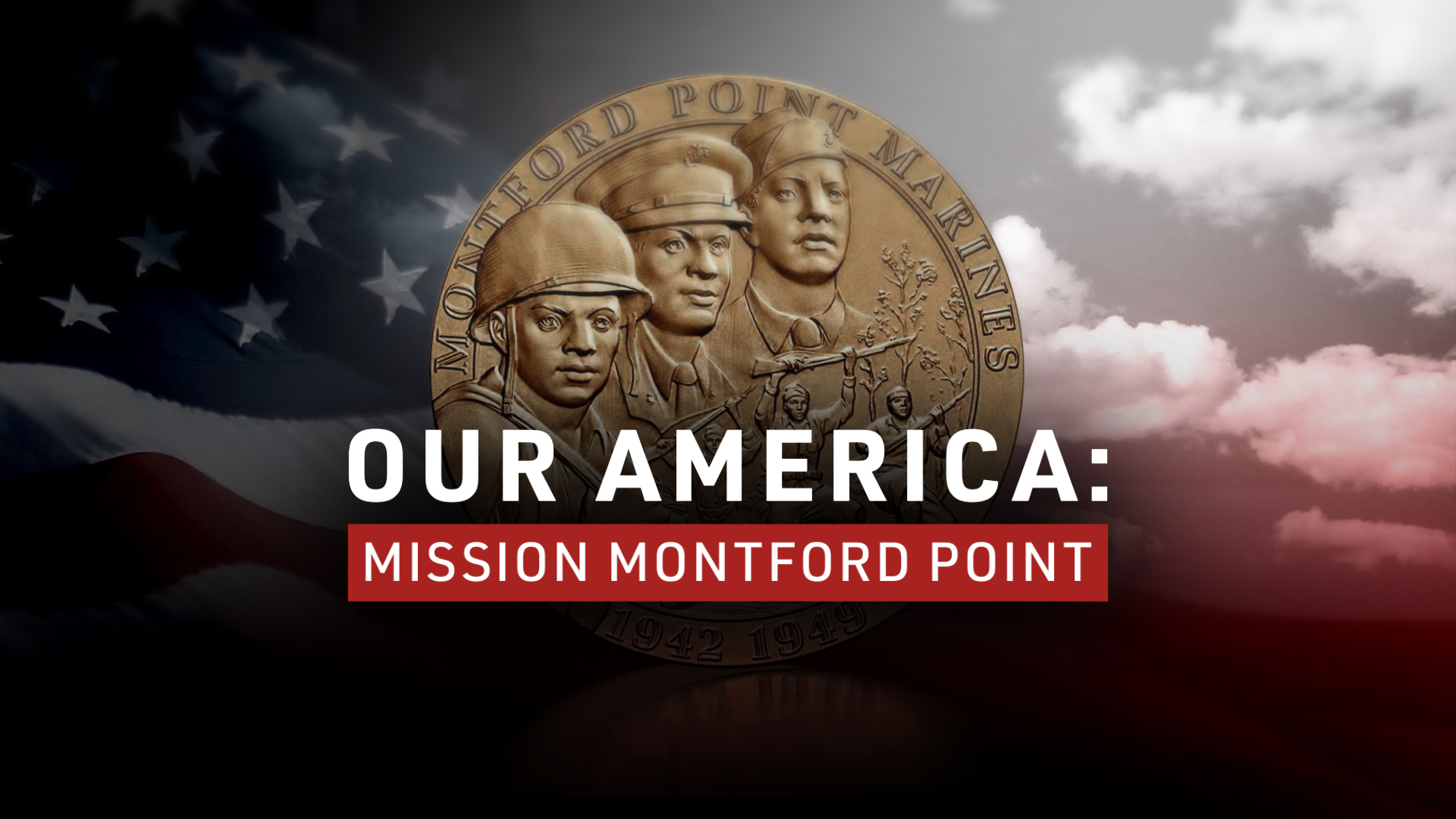 In 2012, the first Black U.S. Marines were awarded the Congressional Gold Medal. Only one-tenth of the men have since received it. Now there is a mission to get all Montford Point Marines their medals while immortalizing their part of American history.

Though the unit was 20,000 strong, the U.S. military's records of them are incomplete, partially due to a fire that destroyed some documents, leaving only 2,000 intact with the rest of the men's identities nearly forgotten and lost to history.

"I used to be offended when I would read about the Tuskegee Airmen and Buffalo Soldiers," Willis said. "I'd say they're all recognized. I'd go to the movies and I'm seeing the heroics and things that happened at Iwo Jima. I don't see no Black marines. That used to bother me."

The Montford Point Marines unit was twenty thousand strong, but the U.S. military failed to keep records for all but 2000 of them. (HUM Images via UIG via Getty Images, FILE)

Now, Berger and many others are on a mission to find the remaining living Montford Point Marines and the families of the deceased.

"If our grandfathers could succeed up against the things that they were presented with, the very least that we can do is help to find the additional 18,000 that are out there and their families," she said.

"We know that there will come a point when there won't be any of them, but we still have to figure out how we keep the story alive," Shinal said in the documentary.

Those first Black marines, segregated from their white counterparts, faced extreme adversity, including brutal discrimination, during training and deployment.

"Once you came in that gate, you forgot about your name because you were either boy or ni****," Carroll Braxton, a Montford Point Marine, said.

Several men also endured hazing, George McIvory, a Montford Pointer, said, adding that after witnessing this, he was "ready to turn around."

William "Jack" Mcdowel, another Montford Point Marine, said "the whole idea, from what I could understand at the time, was to frustrate you so much that you would either quit and go home or stay in."

Despite the discriminatory treatment they faced, twenty thousand stayed, many deployed to combat missions during World War II, fighting on the front lines of some of the bloodiest battles.

In this June 27, 2012, file photo, members of the Montford Point Marines attend a presentation ceremony of the Congressional Gold Medal at the Emancipation Hall of the Capitol Visitor's Center, on Capitol Hill in Washington, D.C. (Alex Wong/Getty Images, FILE)

"[President Roosevelt] says, 'Men, you have broken records that the white Marines have had for years. Far as I'm concerned, you are just as good a marine as any marine that puts on that uniform. Send them overseas,'" Braxton said.

In 2011, the United States government finally acknowledged their achievements, awarding the Congressional Gold Medal collectively to the Montford Point Marines.

Mcdowel said it was a "very emotional day to be, for the first time, recognized."

And this year, on the 80th anniversary, five original members and 11 families of deceased Montford Pointers received replicas of that Congressional Gold Medal.

Berger said she believes the honor recognizes the "outstanding perseverance and courage" of these men and their sacrifices to inspire social change in the Marine Corps.

Other descendants of Montford Pointers said the same.

Reginald Moore, the grandson of Montford Point Marine, said he "stands on the shoulders" of his grandfather and other men he served alongside.

"To see them, to see the ones that are still here, it's like reaching back in history and knowing I came from that. I came from them and it's utterly amazing," Moore said.

Mallorie Berger, the granddaughter of a Montford Point Marine, holds a replica of the Congressional Gold Medal collectively to the unit in 2011.

Maurice Smith, the grandson of a Montford Point Marine, said "If I could say anything to my grandfather today. We did it. We did it."

You can watch "Mission Montford Point" wherever you stream ABC Owned Television Stations or at ABC7/ouramerica.com. 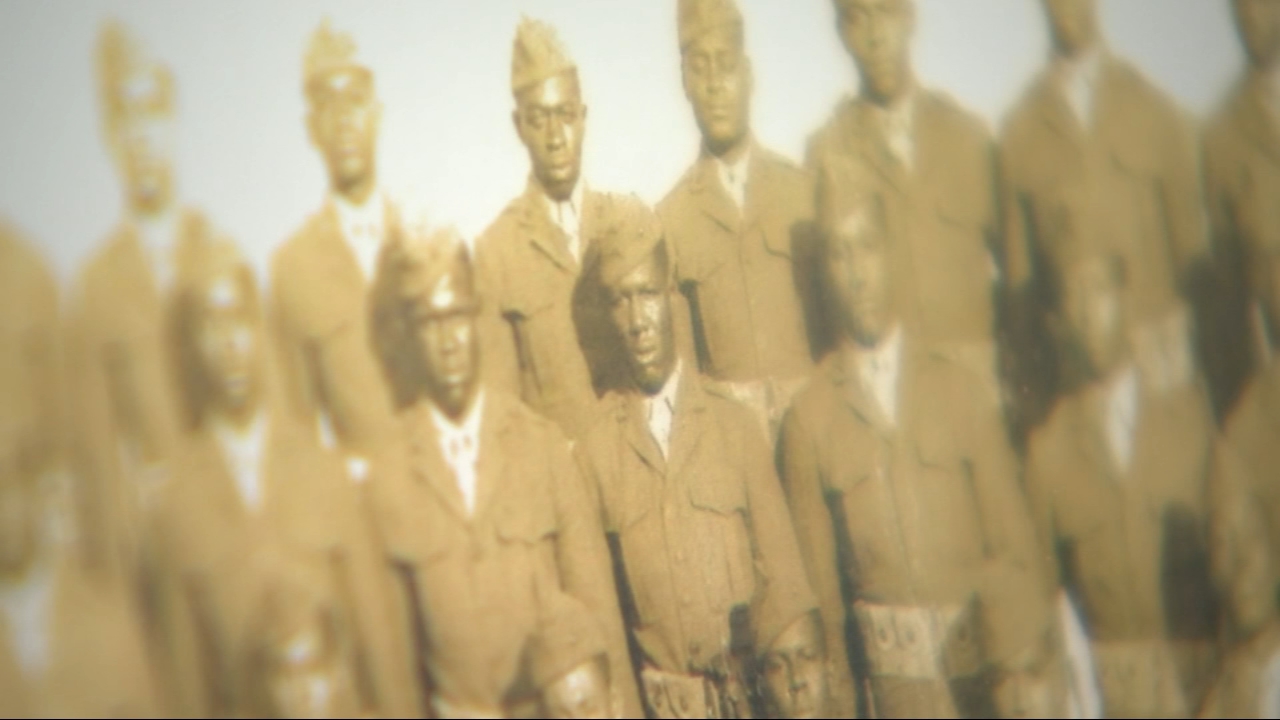 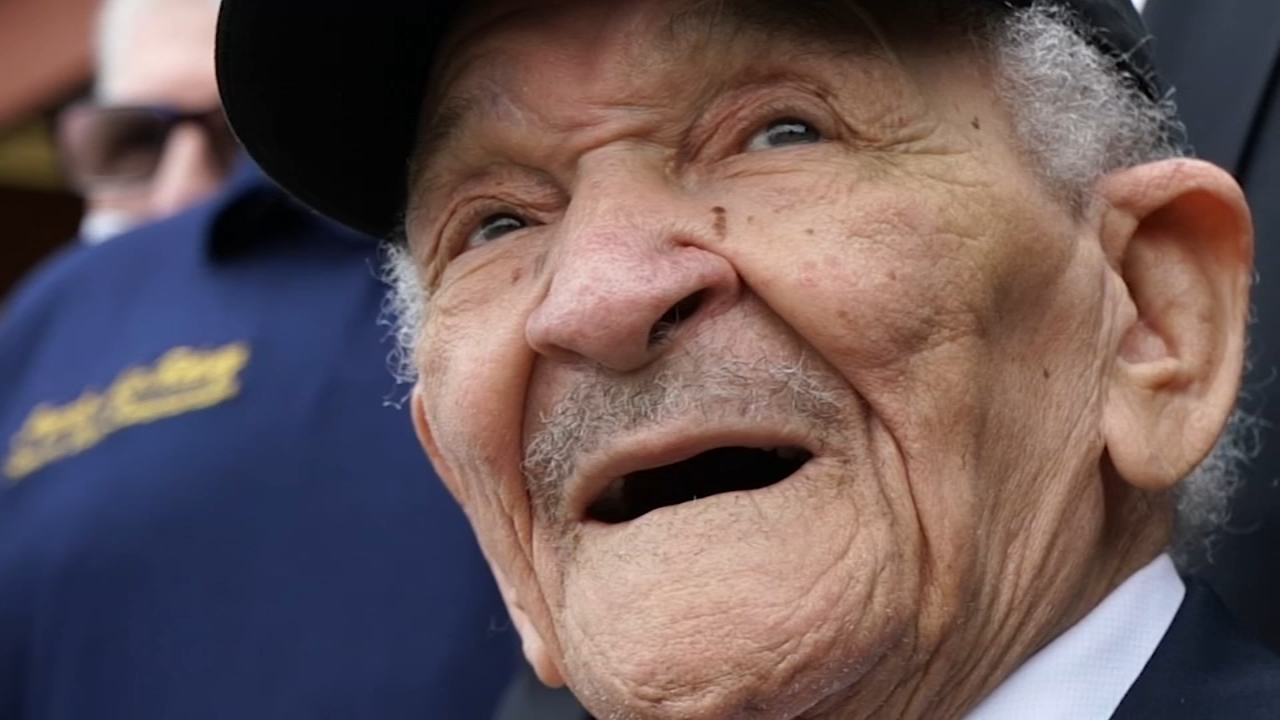 100th birthday celebration for one of the 1st Black U.S. Marines