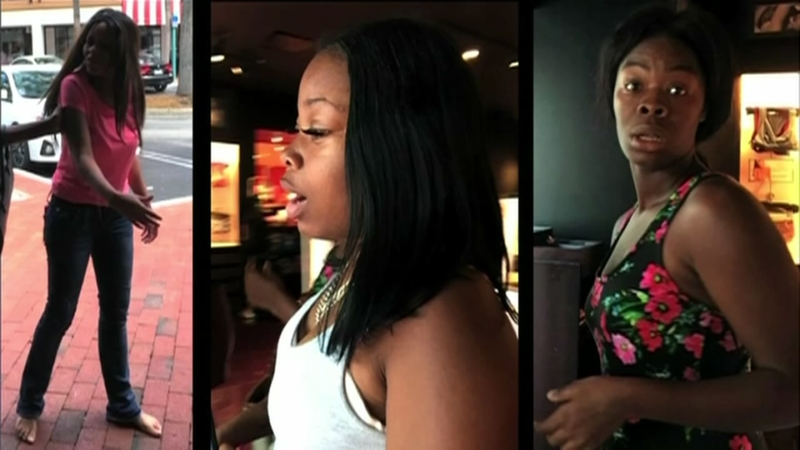 MIAMI, FL -- Police are investigating after an employee at a Florida Victoria's Secret was a reportedly attacked by a mob of women inside the store.

Surveillance video purports to show five women ambushing the employee at a Victoria's Secret on Tuesday.

Five women entered the store and picked up large quantities of merchandise.

Police said when one of the women was walking toward the exit, the sales associate asked if she wanted her to hold the merchandise for her. At that moment, surveillance caught the suspect as she grabbed the employee's hair. Then, several other women joined in, hitting and punching her in the face.

WSVN reports that several witnesses in the store gathered around, but didn't seem to intervene.

The footage then showed the suspects leaving the store, but one of the women is then seen coming back and hitting the sales associate again before taking off.

The sales associate was able to capture clear images of some of the women when one of them returned inside the store. "The surveillance camera is not as helpful as those pictures right there from bystanders," said Miami Lakes resident Carlos Crespo.

A security guard has since been on patrol inside the store for safety measures.

Miami-Dade Police continue their search for those involved.