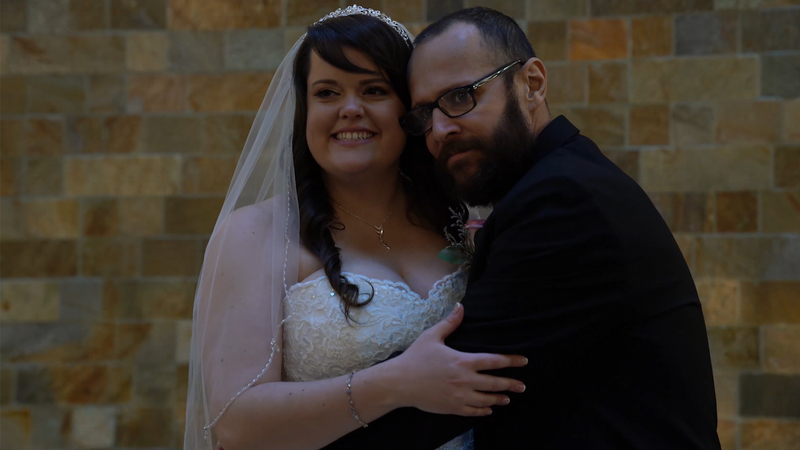 This Delaware hospital held a wedding for a terminally ill patient

A hospital in Delaware held a special wedding for a terminally ill cancer patient.

Gus and Rachel Jiménez said their vows on Sunday, but they've been following the pledge "in sickness and in health" since long before they said "I do."


"Everything kind of changed in August," explained Rachel. "That's when they did an x-ray and found a small little lump on his lung. That was it."

It was cancer, a kind that currently doesn't have a cure. It was a sudden jolt in a whirlwind of a romance that started just six months before the diagnosis.

"From the first date, he basically proposed to me every date after that. Just kind of jokingly, but we both knew it was actually serious," said Rachel.

Gus came to Wilmington Hospital last month and thought he'd be home the next day.

"He just came in for dehydration, but the pain progressed because the cancer progressed while he was here," explained Rachel.

Now, doctors are recommending hospice. But both Gus and Rachel are holding out for a miracle.


Gus proposed, for real this time, on February 15.

"We kind of just talked about why would we get married if we know this potentially could lead to him not being here much longer and I said, 'I didn't care about that.' The hope is is that there are miracles and the hope is that he does stay around," Rachel said.

The hospital staff worked quickly to transform a wing into a venue. The community stepped up and offered a free dress, a free tux, and free photography.

The wedding happened within a few days of the proposal, giving memories that will last a lifetime, however long that may be.