Man scales down 19-story high-rise during fire in Philadelphia 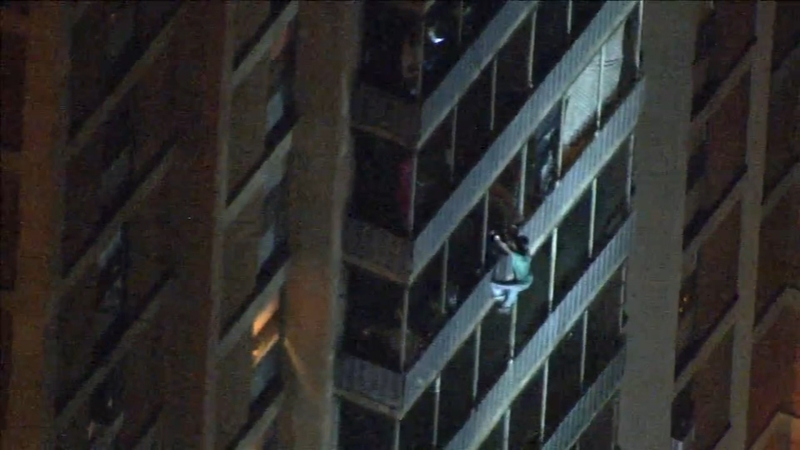 PHILADELPHIA -- A man scaled down the side of a 19-story high rise in West Philadelphia Thursday night to escape a fire that injured four residents and three police officers.

Authorities say the injuries to the residents and officers are due to smoke inhalation and heat exhaustion.

Firefighters said there was light smoke on all 19 floors of the building when they got arrived on the scene.

They soon discovered a fire in the lower part of the trash chute from the third floor down.

Firefighters said the sprinklers were activated.

Fire crews took a water line to the fourth floor trash chute and flooded it. They also stretched it to the 15th floor and flooded the trash chute from there as an extra safety measure.

The elevators automatically come straight to the lobby in the event of fire. Some Hold Tower residents with mobility issues were carried out by those in other apartments.

Firefighters went to some individual units.

"We did make some forcible entry on some units. We received calls from our fire communication center and fire department units. We went to those apartments to check on those residents," Philadelphia Fire Assistant Chief Harry Bannan said.

Chopper 6 captured one man scaling down the 19-story building. Luckily, he made it down safely.

Man scales down West Philly building during fire on July 18, 2019.

Residents had to evacuate the building but were allowed back inside later in the night.