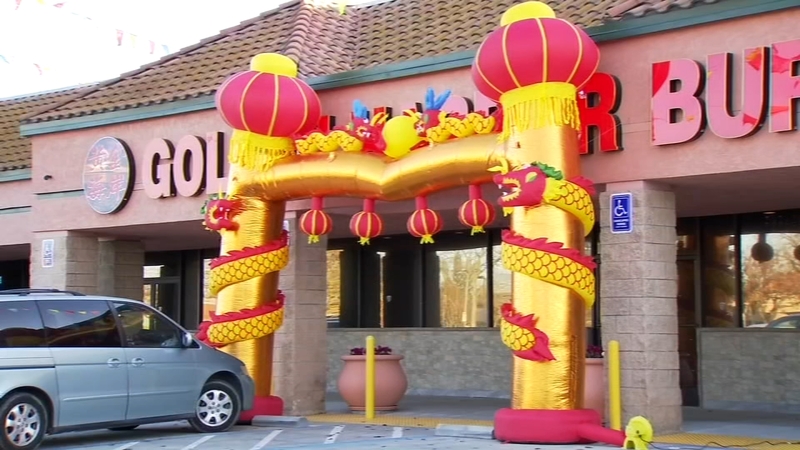 FRESNO, Calif. (KFSN) -- New life is coming to some vacant building in the West Shaw area of northwest Fresno.

The Golden Harbor Buffet opened on Monday in the former Drexel Heritage building along Shaw Avenue near Valentine and the Broadway Faire movie theater.

Steven Xheng is the manager, and for his family, opportunity comes in the form of food.

"Everyone's worked nonstop. My father's been working every day for a year, not stopping on this restaurant," says Xheng.

Xheng says with Highway 99 nearby, and a steady flow of drivers, it's the perfect place to serve up some meals.

"We decided to expand north and saw there were a lot of vacant buildings around here, so we thought it'd be a good place to start a new business. Our goal is to serve the community good authentic Chinese food as well as other cuisines," says Xheng.

City councilmember Mike Karbassi says the restaurant is one of many coming to the West Shaw area.

He says by attracting more business to the area, it helps tackle the ongoing issue of buildings being abandoned.

"A lot of these property owners that leave their property dilapidated, that hurts the neighborhood a lot because you get a lot of vagrants that flock to this area," Karbassi says.

Karbassi says they also plan to go after those property owners who leave the buildings abandoned.

"We'll call them and let them know we have these concerns, but if they're not responsive, we're going to hit them with fines, because they're hurting local residents."

Though he can't confirm, Karbassi says there's a rumor that a major grocery retailer could open in the building that housed the former Tang Dynasty restaurant that burned a year ago.