Oscar-nominated actress Ariana DeBose looks ahead to a bright future: 'The sky's the limit!'

The rising star talks about her dreams coming true and how there are plenty of dreams still to come.
OTRC
By George Pennacchio 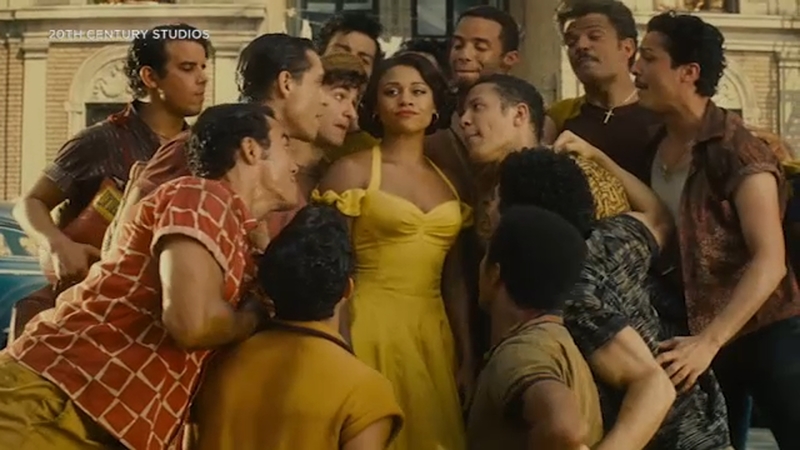 Ariana DeBose is nominated for an Oscar for her supporting role as "Anita" in "West Side Story."

For Ariana, who also just won a SAG Award, and previously won the Golden Globe Award, this has been a wonderful experience.

You have so much to be proud of, @ArianaDeBose ❤️ Congratulations on taking home the Actor® for Outstanding Performance by a Female Actor in a Supporting Role #sagawards pic.twitter.com/aqvzk1jAkv

"It's one of the most thrilling things that's ever happened to me in my career. I'm so excited to be here. I'm excited for this opportunity," said DeBose.

The 31-year-old actress says she's learned it's best not to have a "to do" list regarding her career.

"I believe I threw it away, because there came a moment in my journey where I was like, 'These lists are ridiculous! Why am I putting a time limit on success?" said DeBose. "Being Oscar-nominated was on that list, you know, and being Tony-nominated was on that list far back. And also just getting to make movies! I wanted do that. It was on my list. So I, at this moment, am three for three, and I'm very grateful for that track record."

Director Steven Spielberg says DeBose was one of hundreds of actresses he met with for this role. He said he was struck by her tremendous charisma.

"It feels like the sky's the limit at this moment in time. I'm an artist that likes to continually challenge myself," said DeBose. "The next couple of projects that you'll see from me are not musicals, and so the running gag for me is like, 'We'll find out if I can actually act then!'"

DeBose was part of the original ensemble of "Hamilton" on Broadway, and she was also in the musical, "The Prom."

It's all led to this moment.

"If you believe in yourself enough, if you're determined, if you keep, you know, leading with courage and love and kindness for that matter, good things really can happen," said DeBose.

"West Side Story" is now streaming on Disney+.