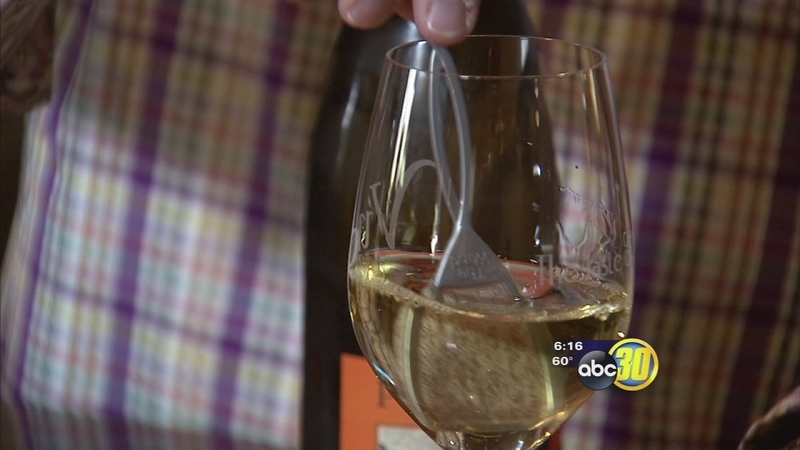 FRESNO, Calif. (KFSN) -- A toast for those who unwind with wine, but some people say they are allergic to the histamines and sulfites in their favorite reds and whites.

Chuck Van Fleet at Vino Grille and Spirits has heard their concerns.

"A lot of my customers that say hey, I can't have a wine with sulfites in it."

Van Fleet agreed to give a new product called the Wand a try.

"I'm going to know tasting it before and tasting it after if there is any variation."

A few swirls and then you let it sit for three minutes. Van Fleet noticed a subtle difference in taste.

"I don't get as much of the oak flavoring out of this one, kind of what I anticipated so it is pulling something out of it."

But Van Fleet remained skeptical over claims it removes sulfites and histamines.

Makers of the Wand say the filter is designed to help reduce the side effects of drinking wine. David Meadows of Dallas invented the wand so he could enjoy wine again.

"Either I'd lose my voice or get a bad headache," said David Meadows, Pure Wine INC. CEO.

"One of the questions we always ask is, 'well do you usually get headaches after drinking red wine or white wine?' And it's usually the red wine which we use less sulfur in the red wine because we also have tannins and other stuff in there."

Sulfites help preserve wine so it doesn't turn to vinegar.

Engelman swirled the wand into his favorite cabernet but he too was a skeptic.

Van Fleet noticed a change when he switched varieties.

"Now that, there's a bigger difference in the red. You definitely lose the tannins on the finish."

But both say most wine drinkers wouldn't notice any difference.

The wand may be worth a try if you know histamines or sulfites in wine give you a headache or make you break out in a rash. But keep in mind-- moderation is always key.

"If you drink too much alcohol and you don't hydrate and you don't get a good night's sleep you're going to have a hangover. I don't care how much histamines and sulfur you take out," said Engelman.