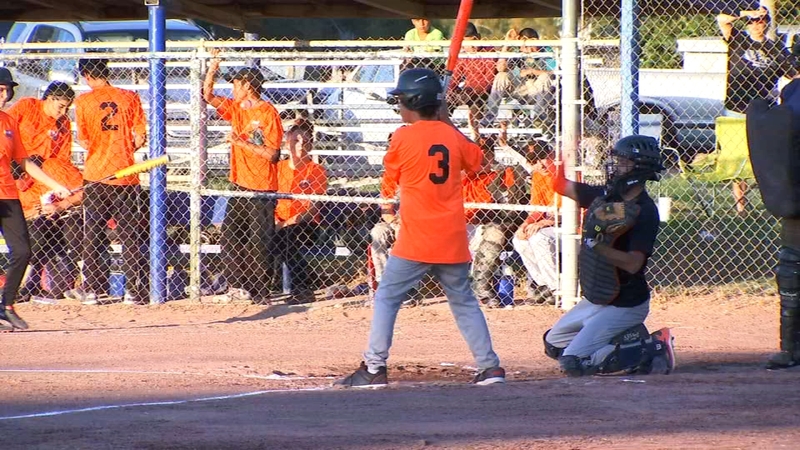 "I was sad and heartbroken they'd go in there and steal it," said Junior Giant Cesar Madriz.

Just hours after their game, thieves broke into the team's shed stealing more than $2,500 worth of gloves and baseballs on Friday morning.

They also stole snacks the team sells to help fund the program.

"This is what we do for the kids, and people take from kids, more of our money has to go out to purchase stuff to give to kids," said Winton Junior Giants Commissioner Kelly Thomas.

Organizers say the free program is part of the San Francisco Giants community fund and aimed to teach the kids important values like leadership and teamwork.

Kelly Thomas says the kids are taken to Oracle Park to see a game with the money raised from the snacks they sell.

"75% of the kids probably never rode a VIA bus, never went to SF to the Giants' field, get to the batting cages, get to that experience. Now it could damage part of that for their experience," said Thomas.

Despite the many locks provided by the county, Thomas says the thieves still managed to get inside the shed.

The shed has been targeted by thieves every other year.

Cesar Madriz has been with the team for five years and says the extra equipment is crucial.

"If one of our helmets break, we can go int there and grab one and keep playing," said Madriz.

Community members and even former Junior Giants are stepping up to the plate to help.

He says they also plan to hold a fundraiser to raise some extra cash for the team.

"There's a little drive-thru, a little coffee on the way to work. We're going to work with cal fire. We'll go through Friday and see how much money we get to replace food and what needs," said Pareira.

Madriz says there's no crying in baseball and says this setback isn't going to keep them from playing the game.