Giant sequoia damaged by lightning strike cut down in Yosemite

The sequoia was planted on November 11, 1926, as an eight-year-old sapling.
KFSN 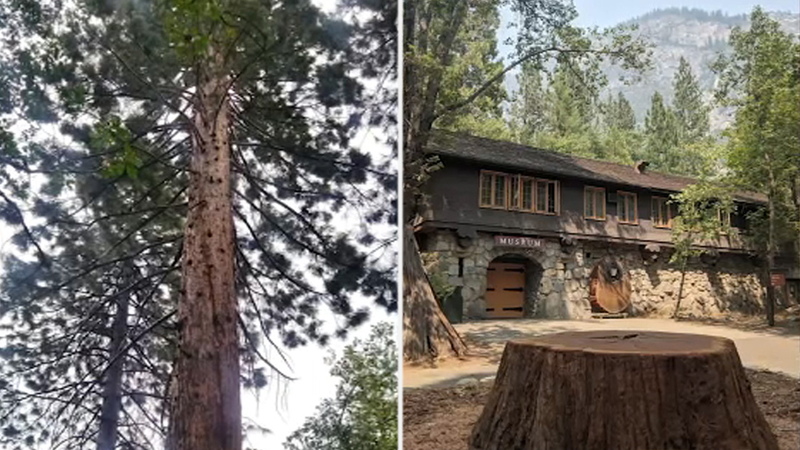 Giant sequoia cut down in Yosemite after being damaged by lightning

YOSEMITE NATIONAL PARK, Calif. (KFSN) -- A giant piece of history has been destroyed by lightning inside Yosemite National Park.

Late last month, during a rainstorm in the Sierra, a bolt of lightning struck the giant sequoia tree in front of the Yosemite Museum.

When the rain finally cleared, park rangers discovered a large gash spiraling down the tree. About 100 feet up, forestry crews found a large growing crack.

Dramatic video captured the aftermath of a lightning strike near Big Bear, when a large pine tree caught on fire and split in half.

Officials said they were forced to take down the tree for safety reasons. Now, all that's left is a single stump.

The sequoia was planted on November 11, 1926, as an eight-year-old sapling.

It marked the opening of the Yosemite Museum, which was the first museum building constructed in the National Park System.

A Stanford climate expert says these extreme natural events such as wildfires and hurricanes could get worse as the planet continues to warm.