Video: Burning tree splits in half after lightning strike near Big Bear 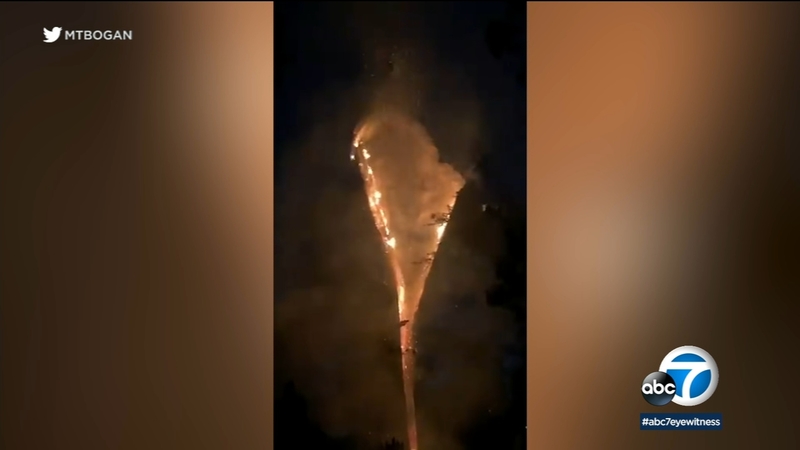 BIG BEAR, Calif. -- Dramatic video captured the aftermath of a lightning strike near Big Bear in Southern California when a large pine tree caught on fire and split in half.

The footage shows the Jeffrey pine, believed to be at least 200 years old, on fire after the lightning strike. After a few minutes, the trunk simply splits in two, with the flaming pieces falling to either side.

The footage of the tree, across the street from the Big Bear airport, was captured by Michael Bogan, who says he saw and heard the flash of lighting. He tweeted: "It was a gorgeous 200+ year old healthy tree that had an unlucky day."

After putting out the flames, firefighters later cut down what was left of the tree.

Firefighters working to take down the tree near the Big Bear Airport.

Please stay away from the area for safety. pic.twitter.com/O0thXLp9yi

They will continue checking the trees daily until declared controlled and out.