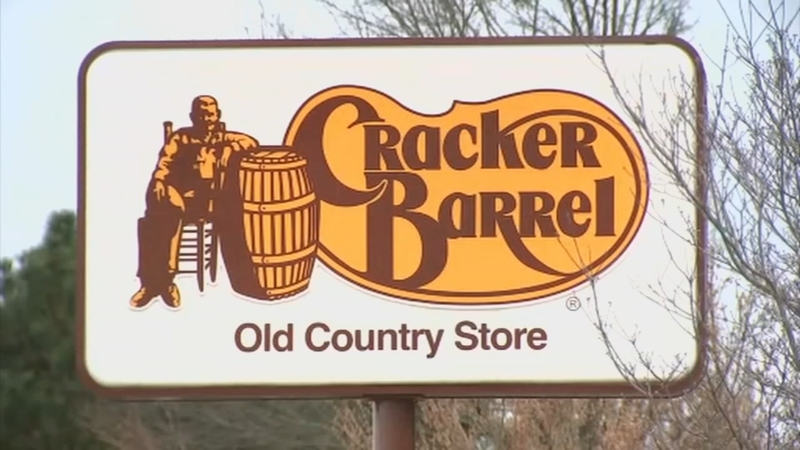 SOUTH FULTON COUNTY, Ga. -- Rapper Young Dolph told police that he was having lunch at noon Wednesday at Cracker Barrel when thieves stole nearly $500,000 in jewelry and cash from his custom car.

The Memphis rapper, whose real name is Adolph Thornton, and another man were eating when employees told him that someone had broken into his custom camouflage Mercedes-Benz SUV in the parking lot, according to Fairburn police.

Police had questions about what happened.

"It was unusual in a number of ways," Assistant Police Chief Anthony Bazydlo told WSB-TV. "No. 1, we see the suspects in the video. They come to this vehicle three separate times."

Bazydlo showed Petersen the surveillance video taken from the QuickTrip next door. Investigators said the first time the thieves approached the truck, they may have entered the SUV without breaking into it.

The video showed the suspects drive off and return two more times. It was the third time that they broke in through the window.

"The officer's report indicates it appeared the suspect made entry into the passenger side of the vehicle," Bazydlo said.

That's what Thornton told police. The rapper said his driver's side window was damaged and that the following items were stolen:


Bazydlo said investigators are puzzled by what happened after Young Dolph first got out of his truck. They say the taillights flashed off and on, and in the next couple of minutes, they flashed two more times.

"That's interesting to us in terms of what was happening with the vehicle," Bazydlo said. "Was it being locked? Unintentionally unlocked? We don't know."

Young Dolph posted on Instagram this week that he would be giving away one of his other customized cars to a fan who makes the best video for a contest involving his music.

The Memphis-born rapper has worked with Atlanta artists, including Migos, Gucci Mane and Lil Yachty.