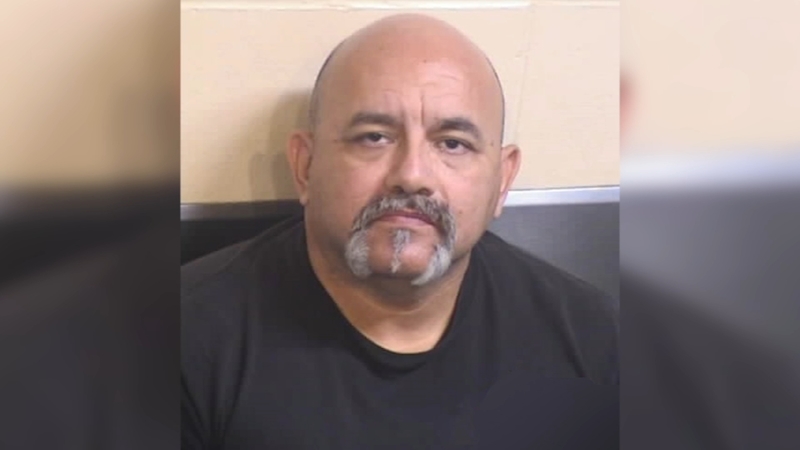 WARNING: The details in this story may be disturbing to some readers and viewers

A trusted federal officer is in custody after sheriff's detectives say they uncovered hundreds of disturbing illicit images on his phone.

52-year-old Adrian Enriquez was arrested while on the job on Wednesday in Fresno in connection to the possession and distribution of child pornography along with other extremely disturbing material.

Authorities say the federal officer was using a popular social media app as part of the heinous crime.

Detectives say the images found on Enriquez's phone were some of the most horrific they've seen in their entire careers.

There were hundreds of disturbing images and videos of children being raped.

The Central Valley Internet Crimes Against Children Task Force, known as ICAC, received a tip that Enriquez was uploading the unsettling content to social media.

Within 24 hours, Enriquez was taken into custody.

He was arrested while working at the Veterans Affairs Hospital in central Fresno.

There, he was employed as a federal police officer.

"During our interview with him, he was very dishonest, about everything, every step of the way. He was non-cooperative," said Lt. Pursell.

Detectives executed a search warrant at his Exeter home.

They seized other electronic devices which are currently being examined for illegal material.

Authorities are also trying to determine if Enriquez victimized any children himself.

Forensics teams are now investigating the origins of the images and videos found on his phone.

Authorities say Enriquez has an extensive history in law enforcement.

He previously served as an officer for the Woodlake Police Department.

He was also an officer at the Coalinga State Prison for more than 11 years.

Enriquez is also a board member for the California Narcotics Canine Association.

All three entities declined to respond to concerns over Enriquez's employment or involvement.