People are being warned to steer clear of a 9-mile stretch of the river where water will be raging.
KFSN
By Alyssa Flores 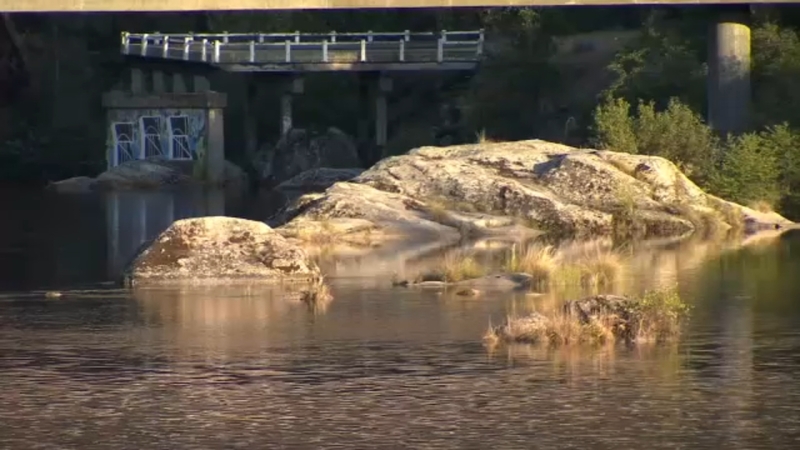 FRESNO COUNTY, Calif. (KFSN) -- Water will soon be raging down the San Joaquin River with a force that hasn't been seen in months.

During what's been an unusually dry year, Southern California Edison will be releasing water from Redinger Lake on Saturday followed by a release by PG&E from the Kerckhoff reservoir on Sunday.

A 9-mile stretch of the San Joaquin River between Kerckhoff Lake and Millerton Lake is where water flow will be ramping up this Sunday. Officials are urging those looking for a place to cool off to stay away from what will soon be a dangerously strong current.

Though there's signage near the San Joaquin River Gorge recreation area and even sirens that warn of the potential danger, Fresno County Search and rescue can't emphasize the treacherous conditions enough.

"It's very dangerous, it's very cold, very swift, and very unforgiving. The smallest of mistakes, the smallest underestimation of that environment can cost someone their life," said Fresno County Sheriff's Lt. Kathy Curtice.

That was the case in the spring of 2018, when 18-year-old Jared Gardner was killed after being swept away during a Kerckhoff dam release.

Jared's uncle, John Foster, says one moment they were sitting on a rock, the next, they were running from quickly rising water.

"It went from nothing, to a raging white water river," he says.

Adds Curtice:
"It carried him way downstream and sent him into a way more dangerous area. And that unfortunately is very typical of what happens on these wild rivers."

Though Jared was an experienced swimmer, his uncle says skill can't save you from the force of the sudden raging river.

Jared's family hopes people will take extra precautions or even avoid the area altogether when a release is on the way.

"Heed the warnings, pay attention, know your surrounding and be prepared," says Foster.