11 hurt in explosion at Wisconsin refinery 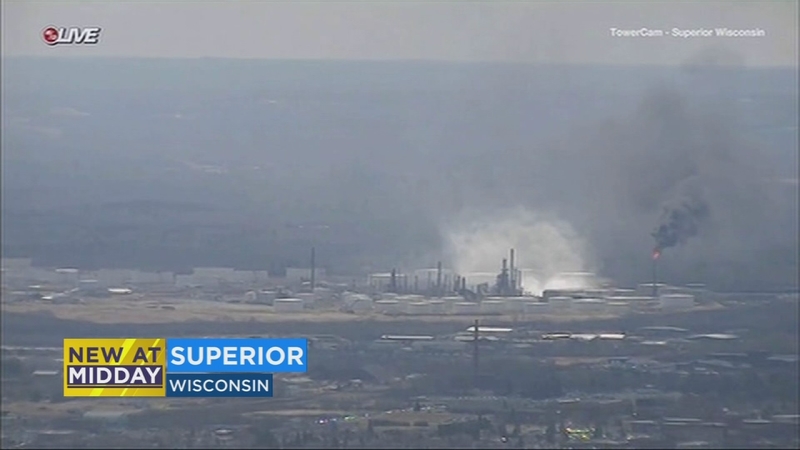 11 hurt in explosion at Wisconsin refinery

SUPERIOR, Wis. -- The number of people injured in a refinery explosion in Wisconsin has grown to at least 11.

Talarico says another five are being treated at St. Mary's Hospital in Superior, Wisconsin, where the explosion happened. She says the extent of injuries is unknown.

In Duluth, spokeswoman Jessica Stauber says St. Luke's Hospital is treating one person. She doesn't know the condition of that person.

The explosion at the Husky Energy oil refinery happened Thursday morning. Superior Fire Chief Steve Panger has said there are no known fatalities.

Panger earlier said the fire was out, but Superior police tweeted that the fire has reignited but that there is no need for residents to evacuate.
Report a correction or typo
Related topics:
wisconsinbusinessu.s. & worldexploitation
Copyright © 2021 by The Associated Press. All Rights Reserved.
U.S. & WORLD