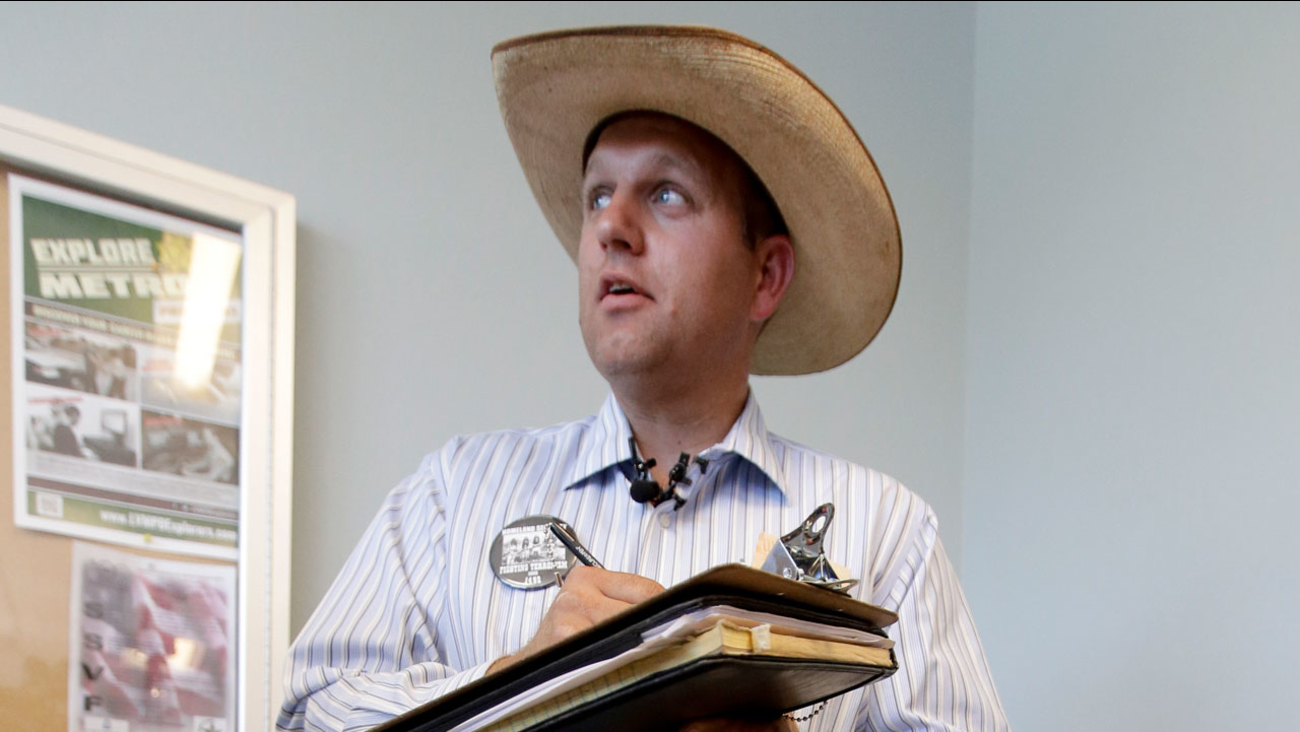 BURNS, Ore. -- A peaceful protest Saturday in support of an eastern Oregon ranching family facing jail time for arson was followed shortly afterward by an occupation of a building at a national wildlife refuge.

Ammon Bundy, the son of Nevada rancher Cliven Bundy, who was involved in a standoff with the government over grazing rights, told The Oregonian that he and two of his brothers were among a group of dozens of people occupying the headquarters of the Malheur National Wildlife Refuge.

Bundy posted a video on his Facebook page asking for people to come help him. He said "this is not a time to stand down. It's a time to stand up and come to Harney County," where Burns is located. Below the video is this statement: "(asterisk)(asterisk)ALL PATRIOTS ITS TIME TO STAND UP NOT STAND DOWN!!! WE NEED YOUR HELP!!! COME PREPARED."

Ammon Bundy said the group planned to stay at the refuge indefinitely. "We're planning on staying here for years, absolutely," Ammon Bundy said. "This is not a decision we've made at the last minute."

Harney County Sheriff Dave Ward told people to stay away from the building as authorities work to defuse the situation, the Oregonian reported.

"A collective effort from multiple agencies is currently working on a solution. For the time being please stay away from that area. More information will be provided as it becomes available. Please maintain a peaceful and united front and allow us to work through this situation," Ward said in a statement.

An Idaho militia leader who helped organize the earlier march said he knew nothing about activities after a parade of militia members and local residents in Burns walked past the sheriff's office and the home of Dwight Hammond Jr. and his son Steven.

Ammon Bundy's father, Cliven Bundy, told Oregon Public Broadcasting on Saturday night that he had nothing to do with the takeover of the building.

Bundy said his son felt obligated to intervene on behalf of the Hammonds.

"That's not exactly what I thought should happen, but I didn't know what to do," he said. "You know, if the Hammonds wouldn't stand, if the sheriff didn't stand, then, you know, the people had to do something. And I guess this is what they did decide to do. I wasn't in on that."

His son Ammon told him they are committed to staying in the building, Cliven Bundy told Oregon Public Broadcasting.

"He told me that they were there for the long run. I guess they figured they're going to be there for whatever time it takes_and I don't know what that means," Cliven Bundy said. "I asked him, 'Well how long can ya, how long you going to stand out there?' He just told me it was for long term."

Beth Anne Steele, an FBI spokeswoman in Portland, told The Associated Press the agency was aware of the situation at the national wildlife refuge. She made no further comment.

Some local residents feared the Saturday rally would involve more than speeches, flags and marching. But the only real additions to that list seemed to be songs, flowers and pennies.

As marchers reached the courthouse, they tossed hundreds of pennies at the locked door. Their message: civilians were buying back their government. After the march passed, two girls swooped in to scavenge the pennies.

A few blocks away, Hammond and his wife, Susan, greeted marchers, who planted flower bouquets in the snow. They sang some songs, Hammond said a few words, and the protesters marched back to their cars.

Dwight Hammond has said he and his son plan to peacefully report to prison Jan. 4 as ordered by the judge.

Dwight Hammond, 73, and Steven Hammond, 46, said they lit the fires in 2001 and 2006 to reduce the growth of invasive plants and protect their property from wildfires.

The two were convicted of the arsons three years ago and served time - the father three months, the son one year. But a judge ruled their terms were too short under federal law and ordered them back to prison for about four years each.

The decision has generated controversy in a remote part of the state.

Ammon Bundy and a handful of militiamen from other states arrived last month in Burns, some 60 miles from the Hammond ranch.

In an email to supporters, Ammon Bundy criticized the U.S. government for a failed legal process.