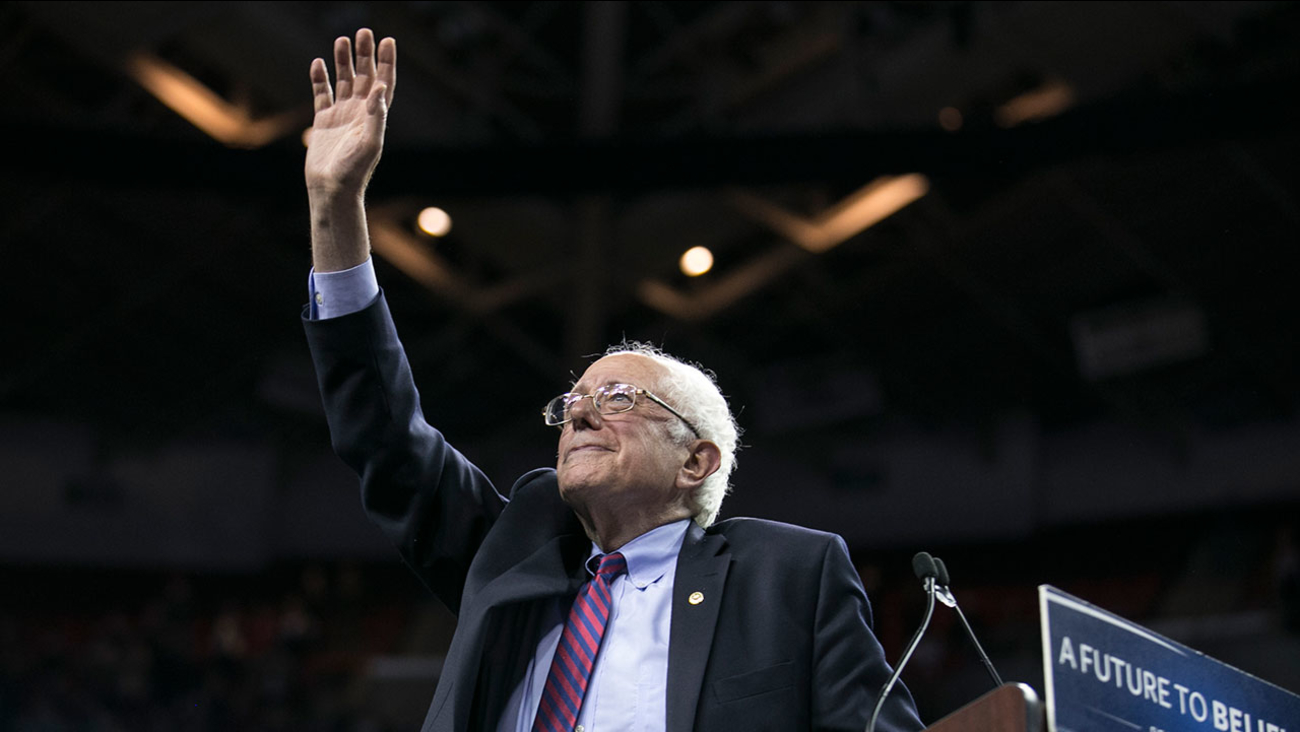 WASHINGTON -- Bernie Sanders scored a duo of wins in Western caucus contests Saturday, giving a powerful psychological boost to his supporters but doing little to move him closer to securing the Democratic nomination.

While results in Washington and Alaska barely dented Hillary Clinton's significant delegate lead, Sanders' wins underscored her persistent vulnerabilities within her own party, particularly with young voters and liberal activists who have been inspired by her rival's unapologetically liberal message. The two Democrats were also competing in Hawaii.

In an interview with The Associated Press, Sanders cast his performance as part of a Western comeback, saying he expects to close the delegate gap with Clinton as the contest moves to the more liberal northeastern states, including her home state of New York. He also said his campaign is increasing its outreach to superdelegates, the party insiders who can pick either candidate, and are overwhelmingly with Clinton.

He added: "There is a path to victory." With Clinton far in front, however, it is a difficult path.

Clinton anticipated the losses: She barely campaigned in the three states, making just one day of stops in Washington state, and was spending the Easter weekend with her family.

She is turning her focus to the April 19 contest in New York, seeking to win a large share of the delegates at stake and to avoid the blow of losing to Sanders in a state she represented in the Senate. She is trying to lock up an even larger share of delegates in five Northeastern contests a week later, hoping to deliver a big enough haul to unify the Democratic Party and relegate Sanders to little more than a protest candidate.

Sanders, who's found some success in the industrial Midwest, wants to leverage his working-class support and fiery arguments against free trade into an April 5 victory in delegate-rich Wisconsin. He also plans to compete fiercely in New York and is pushing for the party to schedule a debate in the state, saying in the interview that it would be "really absurd" if one did not take place.

After Sanders' two wins on Saturday, Clinton held a delegate lead of 1,234 to 956 over Sanders, according to an Associated Press analysis, an advantage that expands to 1,703-985 once the superdelegates are included. It takes 2,383 delegates to win.

Based on the AP count, Sanders needs to win more than 57 percent of the remaining delegates from primaries and caucuses to have a majority of those delegates by June's end.

His bar is even higher when the party officials are considered. He needs to win more than 67 percent of the remaining delegates overall - from primaries, caucuses and the ranks of uncommitted superdelegates - to prevail.

He was unlikely to emerge from his Saturday sweep with significantly more delegates, winning at least 36 delegates to Clinton's 11 for the day after his victories in Alaska and Washington. More are likely to be allocated to Sanders in several weeks, when Washington state Democratic party releases vote shares by district. Sixty-seven delegates are awarded based on results in the state's congressional districts.

But there's little question that Sanders has tapped into a powerful frustration within the party. He continues to attract tens of thousands to his rallies and has collected more than $140 million from 4.7 million donations.

Most of his 14 primary-season wins have been in states with largely white populations and in caucus contests, which tend to attract the most active liberal Democrats. He's heavily favored by younger voters, who were a key part of the coalition that boosted Barack Obama to victory twice. Clinton's ability to win the White House, should she capture the nomination, will hinge on how well she can motivate his passionate - and politically active - supporters.

"I think one of the biggest things is free tuition for students," said Savannah Dills, 24, a college student who supports Sanders. "And getting big money out of politics. He's not paid for by billionaires."

Retiree Dan McLay, 64, attended the caucus in a hard-hat, which he joked he needed because he was one of the relatively few Clinton supporters in the big crowd.

"Look at this thing in Brussels," McLay said, referring to the deadly attack in Belgium this week. "We need a real experienced leader."

It was strong support for Sanders that brought Kirsa Hughes-Skandijs out to her first caucus in Juneau, Alaska.

"This is the first time I've ever felt that kind of belief in a candidate, that they mean what they say and that they are not saying what they think people want to hear," she said.