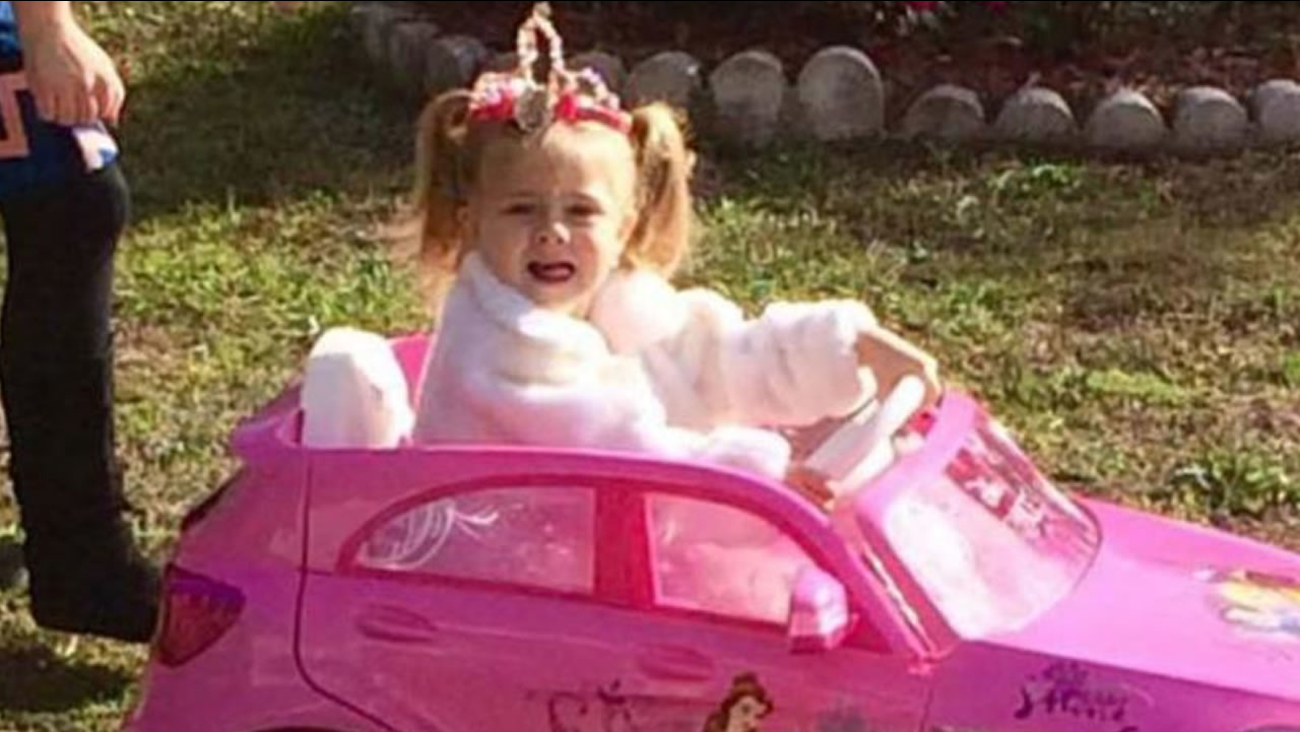 * Mariah Woods is believed to be dead
* A 32-year-old man has been arrested and charged.
* The search will shift to a recovery effort.
*Warrant obtained suggests the death of Mariah Woods.
*Search expanded into an additional area in Pender County.

The Onslow County Sheriff's Office and the FBI announced early Saturday that an arrest has been made in connection with the disappearance of 3-year-old Mariah Woods.

Earl Kimrey, 32, was taken into custody by investigators at the Onslow County Sheriff's Office on Friday.

Arrest made in Amber Alert case

Kimrey was taken before a state magistrate and charged with:

A warrant obtained said that Kimrey obstructed justice by "removing Mariah Woods' body from the scene of her death and did conceal Mariah Woods' death and body, knowing that Mariah Woods died from unnatural causes. The defendant acted with deceit and intent to fraud."

Kimrey is being held in the Onslow County Detention Center under a $1,010,000 bond. District Attorney Ernie Lee has been consulted on the current charges and additional charges could be pending as the investigation continues.

The FBI said because of evidence gathered, it believes that Mariah is dead but no body has been recovered.

"I wish we had a different outcome, but I know this community will support each other as we all grieve the life of this little girl and focus, still, on finding her," said Sheriff of Onslow County, Hans Miller.

"The searches will now shift to a recovery process," the FBI said. FBI officials confirmed that the search had been expanded into an additional area in Pender County.

The focus is on two areas of interest along Highway 17 near the Southwest Creek Bridge and Highway 53 and the Shaw Highway area in Pender County, according to FBI officials.

On Friday morning, the search for 3-year-old Mariah intensified with a renewed effort that included hundreds of volunteers.

The search was organized by Team Adam, a program for the National Center for Missing & Exploited Children that provides on-site assistance to law enforcement agencies and families in cases of missing children, according to Onslow County Sheriff Hans Miller.

The search for Mariah entered a fifth day Friday. Her disappearance Monday prompted an Amber Alert that has gained national attention.

Authorities searching for the missing toddler are asking residents to comb through their properties for anything "out of the ordinary" in the hope that someone will come forward with information that leads them to the little girl.

The FBI said Thursday that it is testing "items of interest" at its lab in Quantico, Virginia.

Onslow County Sheriff Hans Miller is urging the public to comb through their properties meticulously for "any clues," including wooded areas or "outbuildings" such as sheds or barns.

"Our goal is to talk to every person who lives in Mariah's neighborhood," authorities said Thursday. "We have spoken to many of them, but not everyone. Some people may not have been home when we tried to talk to them, we will continue to contact everyone to determine if they have any information that can help us find Mariah."

.@NCWildlife pickup with a boat in back seen coming from High Hill Rd. where authorities have road blocked off. Search for #MariahWoods continues in Onslow County. #ABC11 pic.twitter.com/wap7V8Bf6w

Dive teams have been searching Southwest Creek in Onslow County, Meador said, which is about 3 miles away from where the family lives.

Dozens from the shaken community surrounding Mariah's home turned out Wednesday night for a special prayer vigil at Folkstone Original Freewill Baptist Church. Some of the toddler's extended family members are members of the church.

"They're having some rough moments," said Cliff Wilson, Folkstone's pastor. "They're doing all that they can do and they feel helpless. As a small community that we are, we got to all stick together in this."

Earlier Wednesday, the FBI released surveillance photos of a woman and a little girl who matched Mariah's description, in hopes of identifying the pair.

The FBI later said the woman in the picture did not have any connection to their ongoing investigation to find Mariah.

WCTI spoke with a 23-year-old Newport, North Carolina woman Wednesday who said she was the woman pictured in the surveillance photos.

Jetta Long revealed that her daughter was born with a shortened leg, so she said she understood how her little girl could have been mistaken for the missing toddler.

Mariah's family has said that the 3-year-old struggles to get around on her own and wears leg braces for assistance.

Mariah has been missing since Sunday night when her mother put her to bed.

Woods lives with her mother and her mother's live-in boyfriend on Dawson Cabin Road in Jacksonville, North Carolina.

This is the home where 3-year-old Mariah Woods disappeared from Sunday night in Jacksonville. Onslow County Sheriff’s Office asking for public’s help in finding her. #ABC11 pic.twitter.com/cwZ4bJnC0d

Her biological father Alex Woods told WCTI 12 Tuesday that he found out his daughter was missing when the Amber Alert was issued and he hasn't seen her for about a year. He said he doesn't believe his daughter was abducted.

"Someone just walked right up in there, grabbed the 3-year-old out of the bed and she didn't cry, she didn't scream?" Alex Woods said. "Nobody heard anything? Four people in the house, two adults and two kids, someone just comes up and snatches the baby and walks out?"

ABC News reports that her mother reached out to the public in an emotion-filled plea Monday.

"Please, bring her back ... She's my baby, she's my everything," said Kristy Woods in a press conference. "(I) just to be able to touch her and hold her and not let her go again. I'd give anything."

She is described as a white female standing about 2' 9" tall and weighing around 30 pounds. Mariah has brown hair and blue eyes.

The FBI is assisting state and local law enforcement with the investigation; they have brought in the Child Abduction Rapid Deployment for further assistance.

Marines based at nearby Camp Lejeune are also assisting in the search.

Authorities said they have been using all means necessary to find Mariah including ground searches assist by a helicopter and K9 units - so far, officials have covered 100 acres.

Officials said more than 225 state and federal personnel are working on the case, adding that they have conducted nearly 100 interviews and followed up on more than 140 leads.