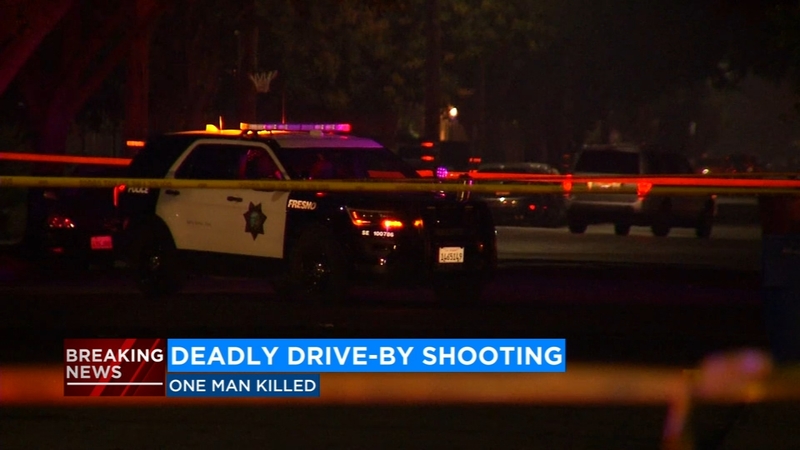 FRESNO, Calif. (KFSN) -- Detectives have opened a homicide investigation after a man was killed in a drive-by shooting in east central Fresno.

Police responded to reports of gunshots in the area of Barton and Washington just before 10 pm Friday night.

Officers found a 46-year-old man lying dead on a sidewalk with a gunshot wound to his head.

Investigators spoke with a woman who was walking with the victim when the shooting happened.

She told police that a blue car drove up to them, a group of four men inside started yelling and screaming at the victim and then those suspects started shooting at the man, killing him before driving off.

The woman did not suffer any injuries.

Investigators are asking anyone with information about this shooting to come forward to police.
Report a correction or typo
Related topics:
fresnohomicide investigationhomicidedrive by shooting
Copyright © 2021 KFSN-TV. All Rights Reserved.
More Videos
From CNN Newsource affiliates
TOP STORIES