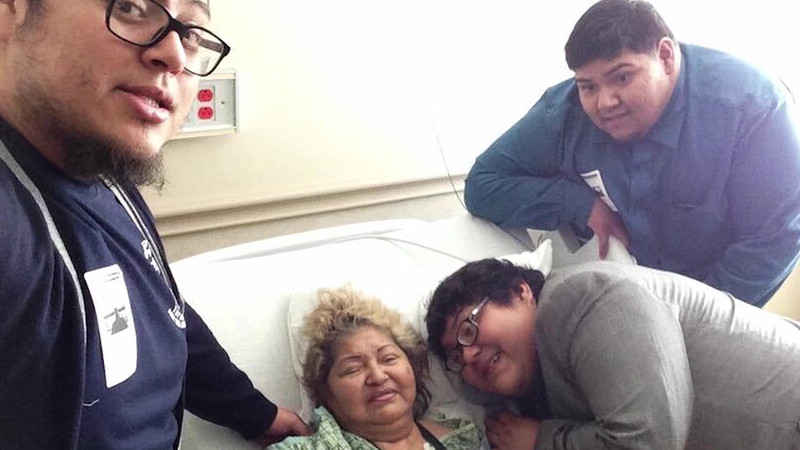 HOUSTON, Texas -- For Abe, Gus, and Rudy Pena, their journey to losing a combined 300 pounds started with a promise to their mother.

Their mom, Lourdes, had diabetes and suffered from kidney failure before she passed away in 2015.

"My mom said 'Hey, you need to start working out. You need to do something because you're going to end up like me. You don't want to end up like me, going to dialysis three days out of the week. I feel weak.' Seeing her like that kind of opened up my eyes."

Before her heart attack, their mother called each of them individually and made them promise to begin living healthier lifestyles. They began hitting the gym and powerlifting. They started eating better.

Abe had already begun learning to cook healthy meals for his mother while she was on a diet plan. He turned his love of cooking into his own business, Abe's Fitty Foods, a healthy meal prep service.

Five years after losing their mother, Abe, Gus and Rudy have each lost at least 100 pounds each. They all work together to run Abe's Fitty Foods, preparing and delivering over 500 healthy meals each week.

"I know she can see over us. She's very proud of us right now," said Gus. "Proud of the men what we've become."

SEE ALSO: Abe, Gus and Rudy were all featured on "Live with Kelly and Ryan" as part of the "Good News Story of the Day."
EMBED More News Videos