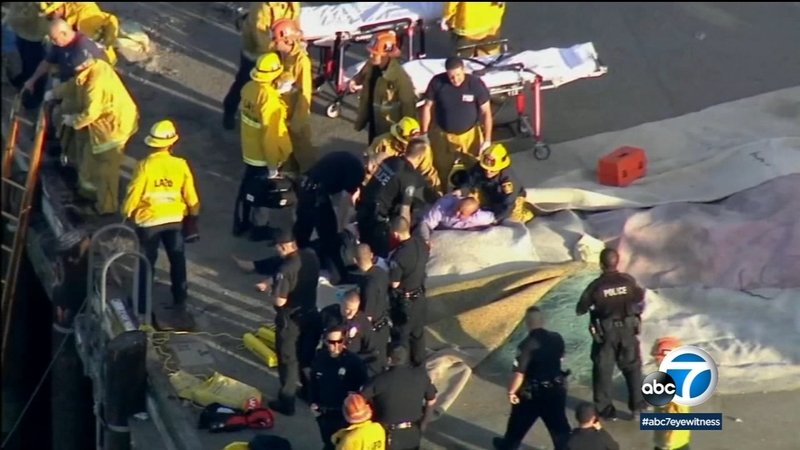 LOS ANGELES -- A 44-year-old father sobbed openly in federal court Thursday as he was accused in a deadly case of insurance fraud.

Defendant Ali Elmezayen said he had loaded his two sons, who have autism, and their mother in the family's Honda Civic to watch the boats at the Port of Los Angeles and ended up driving them off a fishing dock into the water.

Their mother, Rehab Diab, whose marital relationship with Elmezayen is not clearly documented, was unable to swim. Fishermen rescued her.

Diab is a prosecution witness.

Federal prosecutors allege that the action was a set up that was years in the making.

Federal prosecutor Alexander Wyman told the jury that the defendant beat Diab and phoned her parents in Egypt, "threatening to send her home in a coffin," that he was going to "bury her alive" and that he wanted to take a second wife.

Defense attorney Christine O'Connor said that Elmezayen bought the policies to protect his family - that he had under-the-table income to pay the premiums.

Deflecting blame, the defense told jurors to look at the wife's history. Undocumented, once marrying a homeless man to get legal status - claiming that he abused her when advised that doing so would protect her from deportation.

About the defendant - the defense says he is not cunning, but rather, "kind of a kook," "complicated," but not a monster.