Animation shows deadly FAX bus collision from driver's perspective. Does it clear him? 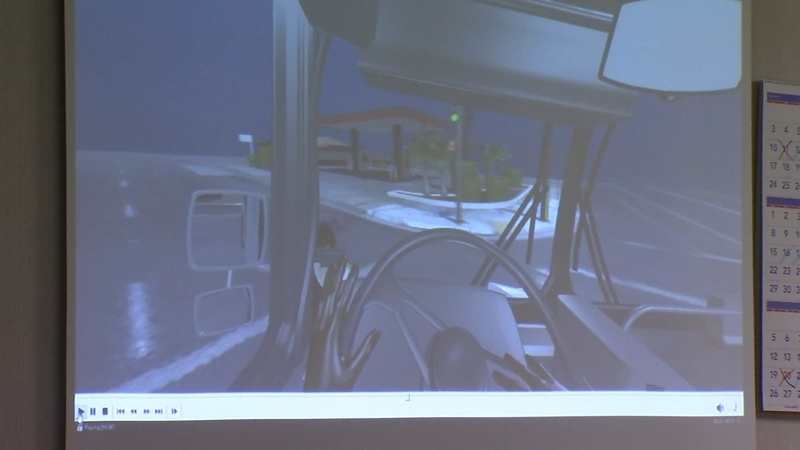 The re-creation came from a defense expert and it shows what Rudy Alderette might've seen from his seat at the front of the bus, but we won't know if it helped his felony manslaughter and hit-and-run case until next week.

Javier Silva disappears into the FAX bus in surveillance video from a nearby store.

Video from the bus itself shows the vehicle bouncing a little, but it doesn't show the driver's view of the road.

So the defense hired an engineer to re-create the January 2018 collision from Rudy Alderette's perspective.

Stephen Harper says it doesn't look like Alderette could've seen Silva in the darkness that morning.

"Before the bus enters the intersection there's line of sight, but like we've seen in the photograph there the pedestrian is basically invisible at that point," Harper said. "The bus is far enough away and there's enough going on there at the corner with the lighting and the visual clutter."

But for a brief second in the animation, you see the pedestrian come into view, and under cross-examination, Harper said he doubted Silva would've still been invisible to Alderette after the collision.

The prosecutor questioned the animation's accuracy and the judge noticed at least one possible issue.

"I'm seeing something for the first time," said Judge Alvin Harrell III as he viewed the animated re-creation video for at least the third time. "Comparing these two - the animation to the actual video - as he's making contact you see in the animation there's no light in the animation on the victim, over here you can clearly see the illumination. See?"

But Alderette's attorney insists he didn't know he hit Silva, so he's innocent of all the charges.

If he's guilty of anything, he says it's misdemeanor manslaughter for an honest mistake while driving.

"This is an accident," said Marc Kapetan. "It's nothing more than an accident."