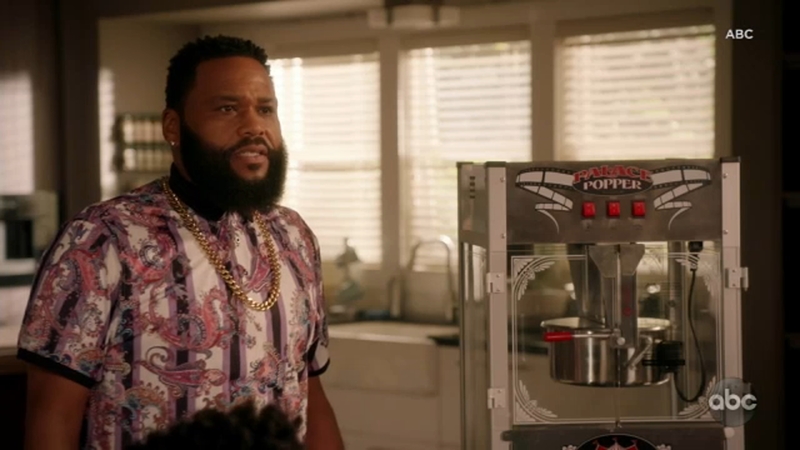 HOLLYWOOD -- Anthony Anderson is back at work on the set of "Black-ish" for the eighth and final season of his celebrated sitcom.

"I'm not ready for it to end. I'm looking forward to it ending now that I've accepted the fact that this is going to be our final season. And I already have a plan in motion for us to move forward as a team," said Anderson. "This is the first time I've ever been part of a successful show where they are giving us a season to wrap up eight years."

Anderson has been nominated for the Outstanding Lead Actor in a Comedy Series Emmy every season. He is thinking positively that this is the year he will finally take the trophy home.

"When I win an Emmy, not if, when I win an Emmy, my mother will probably repel from the rafters, unbeknownst to me, in celebration of me winning and to throw it out there, 'I'm funnier than he is. I should be getting one, too," laughed Anderson.

"I do. I do. That's always been a plan," said Anderson. "This is what I want to do eventually and that's part of the big picture for me to one day have, to sit behind a desk and have my own talk show."

Before that, though, he's got more work to do on "Black-ish." The show will return mid-season, which means sometime early 2022.