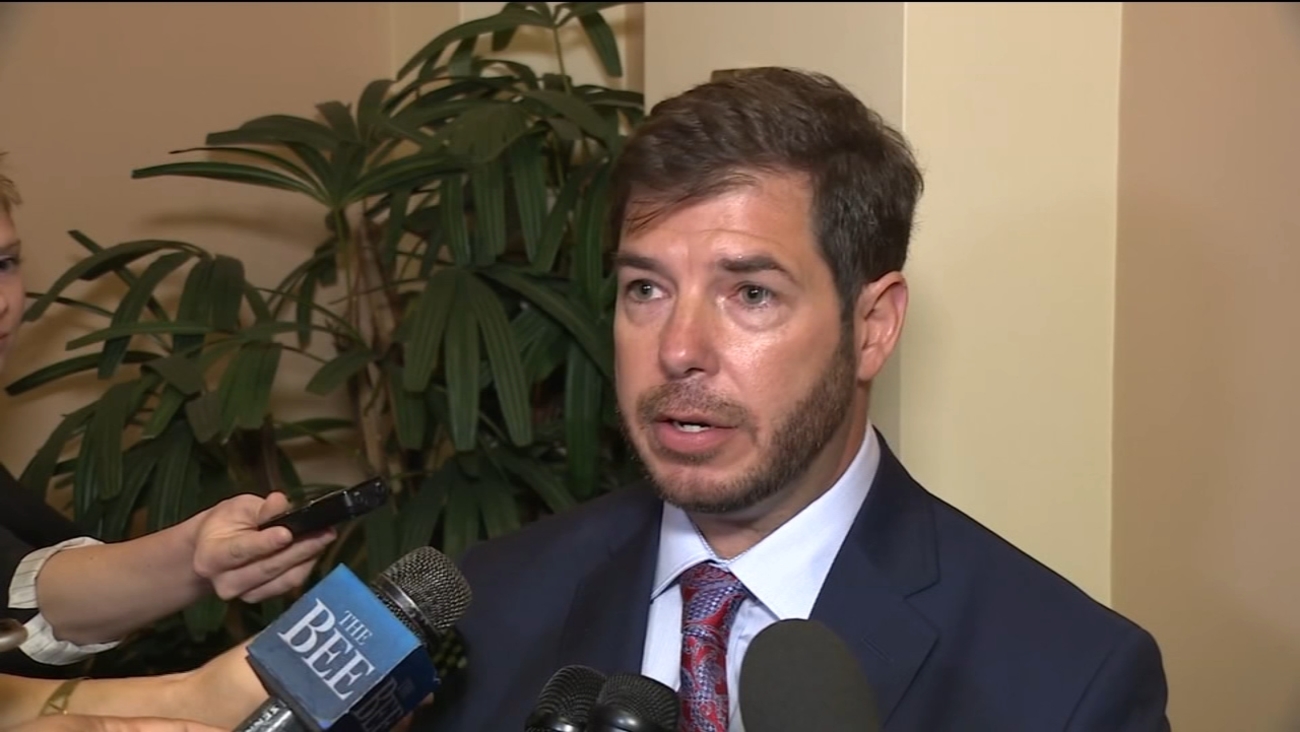 California State Assemblyman Joaquin Arambula (D-Fresno) has been arrested on charges of willful cruelty to a child.

FRESNO, Calif. (KFSN) -- Shocked, that's the response Assemblyman Joaquin Arambula (D-Fresno) said he had Tuesday to learn one misdemeanor count of willful cruelty to a child was filed against him.

The complaint was filed Tuesday in the Fresno County Superior Court.

Amidst the charges, Arambula has voluntarily taken a leave of absence to answer to the crime.

Despite the move, the local democratic chair Michael Evans is still supporting him.

"We don't know what actually transpired yet so we'll learn that as we go along and we have no reason to believe otherwise at this point," Evans said.

Arambula issued a statement saying in part, "The allegation that I may have harmed one of my daughters is false and unthinkable. While politics may have influenced the decision to file, we are confident that the judicial system will find this allegation to be false."

The District Attorney's office issued a response saying, "Any claim that the decision to file charges is politically motivated is absolutely 100 percent not correct. We base our filing decisions on the law and evidence collected during the investigation."

Republican leaders like The Lincoln Club of Fresno's Tal Cloud believe the dispute of facts and pending charges warrant Arambula stepping down.

"I believe that if he shows that he lied and what he said on his media tour is different from what these charges are now, regardless of what happens in court, he needs to resign," Cloud said.

Arambula has claimed his 7-year-old daughter was acting out late last year when he spanked her on the bottom. But Fresno's top cop described a different scenario. Police Chief Jerry Dyer said the action was beyond a spanking. He said the girl had a visible injury on another part of her body.

Arambula has taken a temporary unpaid leave of absence. He will face a judge for the first time Wednesday to be arraigned.

BREAKING: Assemblyman Joaquin Arambula takes a temporary leave of absence to resolve criminal charges- according to a statement from his attorney, Margarita Martinez-Baly. He says he intends to request a speedy trial to resolve the issue as soon as possible.