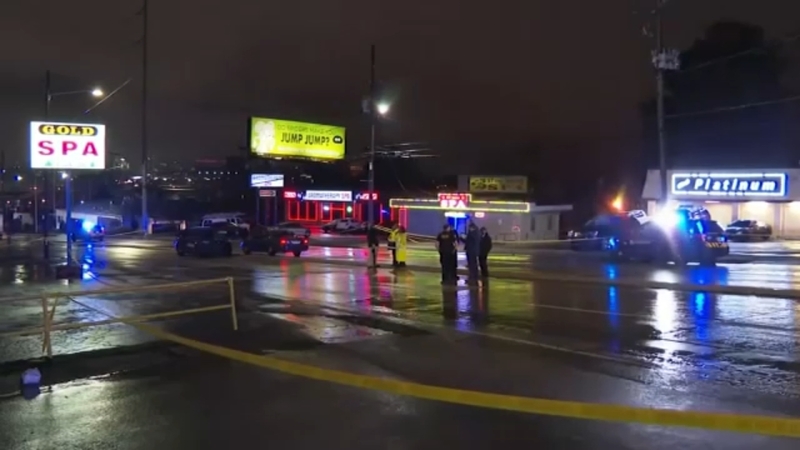 The suspected gunman who killed eight people at three separate Atlanta-area spas Tuesday has been charged with eight counts of murder and one count of aggravated assault.

Six of the victims were identified as Asian and seven were women. At least four were of Korean descent.

Police say 21-year-old Robert Long has confessed to the crime and told officials he blames the violence on his addiction to sex. Long is in custody and is expected to face a judge for arraignment Thursday morning. The shooting has escalated fear among members of the Asian American Pacific Islander community as many mourn and grow increasingly anxious about the violence.

The group 'Stop AAPI Hate' has been collecting data on hate and harassment incidents against Asian Americans and Pacific Islanders in the U.S. They've received nearly 3,800 reports since March 2020 with a disproportionate number of attacks directed at women.

In a statement released Tuesday, Stop AAPI Hate said, "This latest attack will only exacerbate the fear and pain that the Asian American community continues to endure."

"Historically, Asian women have been sexualized and seen as this desirable commodity that men can basically dominate or men can subvert it in any way they want...People who are perpetuating these acts of violence, don't think that the Asian women are going to fight back, they're going to say anything or they're going to report anything," said Gong.

These harmful stereotypes have led to objectification and violence.

Vice President Kamala Harris weighed in from the White House.

"Our prayers are extended to the families of those who have been killed, and it speaks to a larger issue, which is the issue of violence in our country and what we must do to never tolerate it and to always speak out against it."