A woman found Blaise Barnett, 1, inside a car parked in her driveway.
KFSN
By Alex Meier 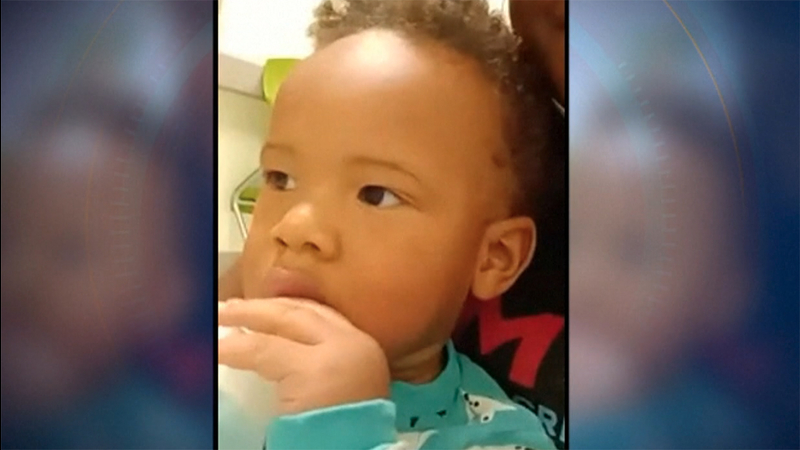 CLARKSTON, Ga. -- A 1-year-old boy in Georgia who went missing when someone stole his mother's car was found safe, ending a desperate day-and-a-half search.

"I instantly started crying, a rush of just happiness. I was speechless," Bray said.

Bray told authorities that her baby disappeared early Wednesday morning after someone jumped into her unlocked SUV and drove off with Blaise sitting in his car seat.

She said she left her son inside the parked car around 1 a.m. local time as his parents unloaded groceries into their apartment in Clarkston, a small Atlanta-area city.

Authorities continue to search for answers in the kidnapping of Blaise Barnett, a 1-year-old boy who was inside his family's SUV when it was stolen.

Nearly 36 hours later, a woman in the same Georgia city found the child inside the car parked in her driveway. She took baby Blaise inside her home and called 911.

He underwent a medical evaluation, and officials said he was in "good condition," able to sleep in his own home Thursday night.

Before Blaise was found, police located Bray's stolen 2002 Ford Explorer about a mile and a half from her home, but the child and his car seat were not inside.

James Dent, a local resident assisting in the search, told local ABC station WSB that he found the stolen SUV and saw a man running away when he approached.

Authorities determined that Dent was not connected to the carjacking or 1-year-old's disappearance, WSB reported.

Wednesday evening, Bray had pleaded for her son's safe return and said she was "covered in emotions."

"I've never been away from him like this where I don't know where he's at, so I'm hurt ... Bring him back safely and unharmed in the quickest way possible," she said.

Just two hours before Blaise was found, family and friends gathered with Bray to pray for her baby's safe return.

Bray said she believes that prayer brought her son home to her.