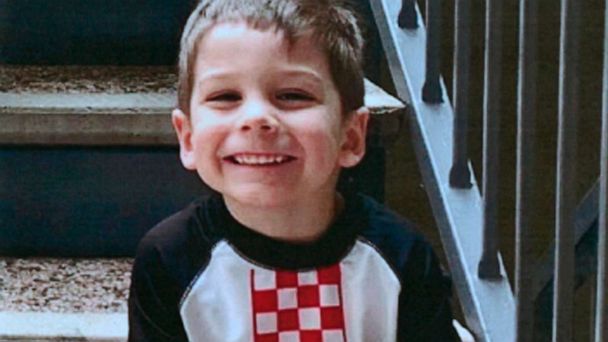 After searching for more than a week for a missing 5-year-old New Hampshire boy, authorities said they believe they have found his body buried in a wooded area in Massachusetts, over 70 miles from his hometown.

Elijah Lewis was last seen at his home in Merrimack, New Hampshire, in September, authorities said.

Investigators are still processing the scene. Authorities did not share further details on what they found, only that the remains were located "in a grave," New Hampshire Senior Assistant Attorney General Susan Morrell told reporters.

An autopsy will be conducted on Sunday by the Massachusetts chief medical examiner's office to determine the manner and cause of death and officially identify the body, though the appearance and condition of the remains led investigators to believe it to be the body of Elijah, according to the New Hampshire Attorney General's Office.

The death is considered suspicious, though Cruz said it is premature to determine a "homicide or whatever crimes may come from it," and that no charges have been filed yet in the manner. Charges could be brought depending on the results of the autopsy, authorities said.

Two people -- Elijah's mother, Danielle Dauphinais, 35, and her boyfriend, Joseph Staph, 30 -- have already been charged so far in connection with his disappearance.

On Sunday, the couple was arrested in New York City on charges of witness tampering and child endangerment. Both allegedly asked other people to lie about where the 5-year-old was living "knowing that child protection service workers were searching for Elijah," according to the New Hampshire Attorney General's Office.


"The endangerment charge alleges that they violated a duty of care, protection or support for Elijah," the office said.

The two pleaded not guilty to both charges Wednesday in a New Hampshire court. The attorney information for both was not immediately available.

The Merrimack Police Department began investigating Elijah's disappearance on Oct. 14, after the Rhode Island Department of Children, Youth, and Families reported to police that his whereabouts were unknown, according to the state's attorney general's office. The child welfare agency's involvement with the boy is unclear.

The search for Elijah involved multiple New Hampshire and Massachusetts state and county agencies, as well as the FBI.

Morrell thanked the public for the "robust response" to calls for information in the missing person case. Surveillance video and phone records were also "very helpful" in leading investigators to the scene, she said.

"We are very saddened about this situation, about Elijah's death, and the fact that he was disposed of down here in the woods," she said. "Our sympathies go out to his family and friends of the family, and to the community who's mourning his death."
Report a correction or typo
Related topics:
abc newsnational
Copyright © 2021 ABC News Internet Ventures.
TOP STORIES
Suspect involved in shootout with Fresno County deputies dead
Fresno State football hire expected to lift all athletics
Scott Peterson resentenced to life for pregnant wife's murder
Good Sports: The impact of Le Grand High's waterboy
Plan unveiled for CA to be abortion sanctuary if Roe overturned
Man arrested for vandalizing Tulare County Courthouse, deputies say
Fresno teacher gets millions of views on TikTok with dance moves
Show More
Demand for COVID-19 booster increases in Fresno County
China Peak resort to open this weekend amid expected cold temperatures
Series of storms to bring rain, snow to Central CA
Family of 5 from Fresno killed in shooting in Mexico
Man hospitalized after hit-and-run crash in central Fresno
More TOP STORIES News