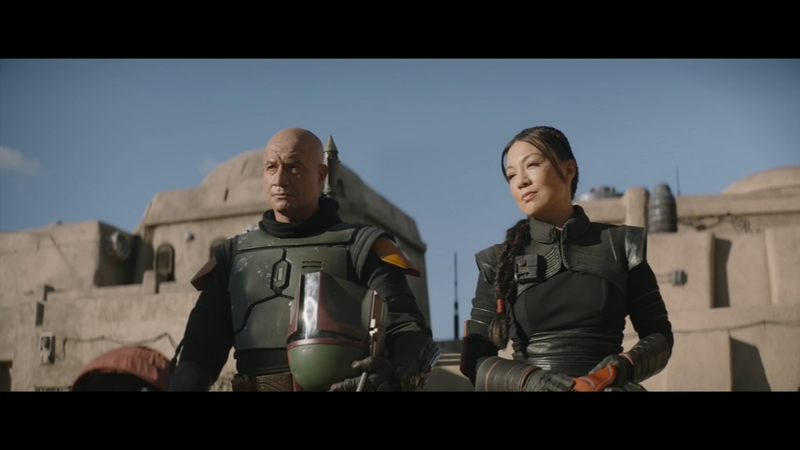 CHICAGO -- "Star Wars: The Book Of Boba Fett" is now streaming on Disney+, with more new episodes rolling out for fans of the galaxy saga.

ABC7's Hosea Sanders talked to the stars of this hit spinoff of "The Mandalorian."

Boba Fett, who had been left for dead on the sands of Tattoine, says he is no longer a bounty hunter.

"Fennec and myself, we came out of a near-death experience," said Temuera Morrison, who plays Boba Fett. "And he's a changed man, and he's still growing, he's found new hope."

Actress Ming-na Wen, who plays Fennec Shand, spoke about playing such a groundbreaking character in terms of representation.

"Oh, gosh, first of all being a huge Star Wars fan, it's just lovely to be part of this world, but to have a fan favorite character that's new, that's never been seen before, I am over the moon," she said. "As an Asian American woman of a certain age, that we can still kick beep and represent, I'm just loving every single moment of this experience."

"She's got a ferocious side eye as well as a chop, too. She's bad, she's bad, I like that!" Sanders said.

Of course, there's always a bit of pressure to live up to the legacy of the whole Star Wars franchise.

"I remember waiting for the results of that reentry into the Mandalorian of Boba Fett, when Boba Fett reappears in the Mandalorian. It was like, hang on a minute, let's see what the fans have to say!" Morrison said.

"They loved you!" Wen said.