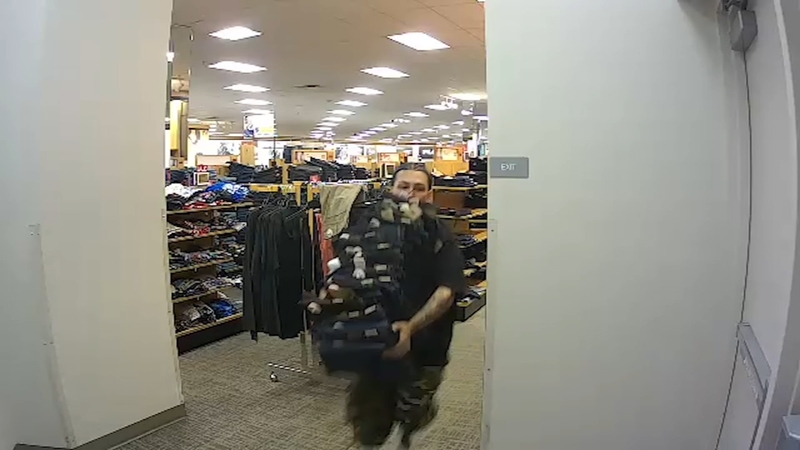 "He stole about 26 pairs of Levi jeans, and they are about $60 apiece, so we estimate the loss at about $1,600," said Fresno Police Sgt. Brian Pierce.

That moment was captured on surveillance cameras. Beltran is seen going to the men's department. He picks up a stack of jeans and bolts out an emergency exit.

Kohl's Loss Prevention ran after him, taking down his license plate number and then turning it over to the police.

"It basically turned us on to a theft ring crew that was doing these grab and runs from multiple different businesses throughout the city," Pierce said.

According to investigators, the suspects would sell the stolen merchandise for quick cash.

Among their targets were the Macy's at the River Park shopping center and an Autozone, which led to the arrest of Beltran.

Sergeant Brian Pierce says through a surveillance operation, they tracked down the home where the theft ring was being operated.

"We recovered a lot of pieces of property, and those investigative units are now going back and looking at cases that are similar," he said.

When serving a search warrant, Fresno Police say they arrested Beltran, along with five other people. They include 21-year-old Gabriel Garza, 35-year-old Joe Hernandez, and 33-year-old Frank Martinez, who are all described as Fresno Bulldog Gang members. Also arrested were Yolanda Arias, 35 and Crystal Clough, 36, who are both described as Fresno Bulldog Gang member associates.

The suspects are now facing several felony charges, and more might be on the way.