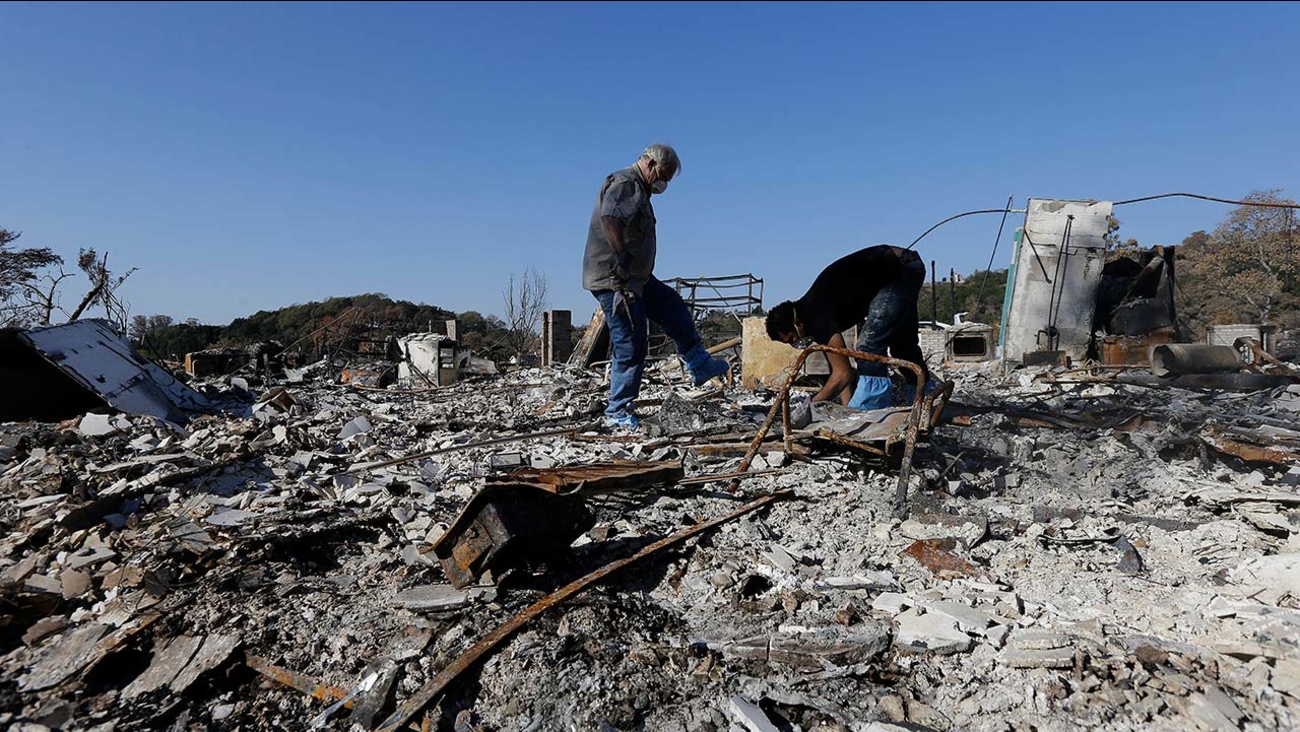 FRESNO, Calif. (KFSN) -- Lawmakers in Sacramento say public utilities should no longer be able to pass on costs for claims not covered by insurance as well as fines or penalties onto customers.

The legislation is prompted by utilities' ongoing efforts to recover costs in wildfires not covered by insurance by passing them along to ratepayers.

A bill authored by Senators Jerry Hill, Mike McGuire, and Scott Wiener and Assembly Members Marc Levine and Jim Wood will be introduced when the legislature reconvenes January 3.

In a press release, State Senator Jerry Hill, D-San Mateo and Santa Clara Counties says, "This practice is an outrage. Victims of devastating fires and other customers should not be forced to pay for the mistakes made by utilities. It's time to stop allowing utilities to push the burden of their negligence onto the backs of customers."

Senator Hill cites the example of the San Diego Gas and Electric Company wanting to recover $379 million in costs from the 2007 Witch, Guejito and Rice fires. The utility's power lines and overhead equipment were blamed for the three fires that caused two deaths, burned 200,000 acres and destroyed more than 1,300 homes.

Later in his press release, Senator Hill states that PG&E is laying the groundwork for an application to recover costs in the 2015 Butte fire, which was caused by PG&E power lines and killed two people, burned more than 70,000 acres and destroyed 921 structures. The first step is to obtain permission from the CPUC to track costs associated with the fire. PG&E's application to do so is pending with the CPUC. PG&E told the Securities and Exchange Commission in July that if the application is approved and if claims exceed its liability coverage, it expects to seek CPUC authorization "to recover any excess amounts from customers."

The cause of the North Bay wildfires is still under investigation. In a document alerting the SEC to the fires, PG&E said: "It currently is unknown whether the Utility would have any liability associated with these fires. The Utility has approximately $800 million in liability insurance for potential losses that may result from these fires."

Senator Hill said the bill that will be introduced January 3 when the Legislature reconvenes will also prevent electric companies from passing the costs of fines and penalties leveled against them for causing wildfires along to customers.