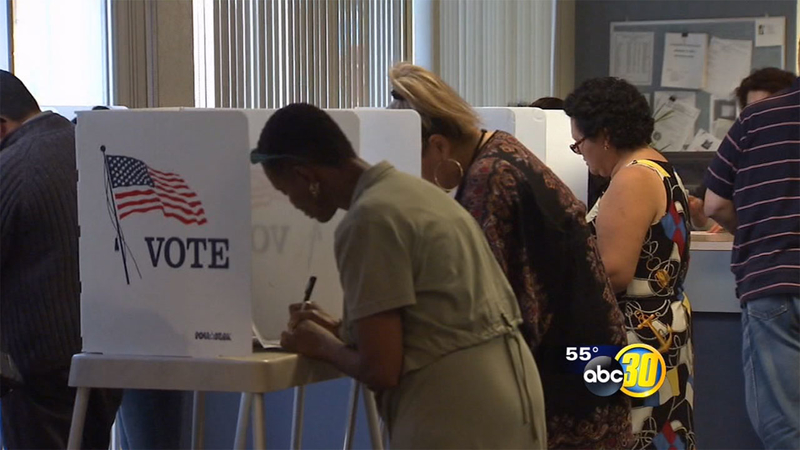 FRESNO, Calif. (KFSN) -- Tuesday night's primary results not only dictated candidates' futures-- it also determined how big of an impact California's primary may have in either party's nomination.

For many years now the nominations have been all but decided before June. This year, political analysts say California may have the chance to cast the deciding vote. As republican candidates celebrated victories on Super Tuesday Californians excitedly followed on their phones. "I think this election year is different than all the years prior," said Liz Kolstad, Ted Cruz supporter.

For a state that isn't typically relevant in the primaries. This year may prove to be different.

While Hillary Clinton dominated the Democratic primary, the Republican playing field saw some shake ups. Governor John Kasich's winner take all victory in Ohio helped keep him in the race. While Marco Rubio's loss in his home state of Florida led to him dropping out. "It looks as though it's Clinton for the democrats, it's looks as though it's going to be Trump, but I'm unsure if either side can sew it up by the time we come to California," said Tony Capozzi, political analyst.

Political analysts say this year's race is more competitive for several reasons. The most important-- the arrival of an oftentimes volatile Donald Trump. "This year we have someone who is an outsider coming into the election process. And those on the inside are still taking some votes away, still winning some delegates," said Capozzi.

"There is a pretty significant chance at this point that he will still be under the majority delegate count when he reaches California, and California would probably decide it for him," said Thomas Holyoke, Political Science Professor.

Local campaign leaders say California's potential primary importance fuels them to pull harder. "The volunteers are getting out there and really working hard because it's shown to make a difference. People have come out in droves, which they haven't done before," said Kolstad.

They are hopeful the field will even out so they get a chance to make their pick in June.