Vacant supermarket in Caruthers consumed by flames, locals not surprised 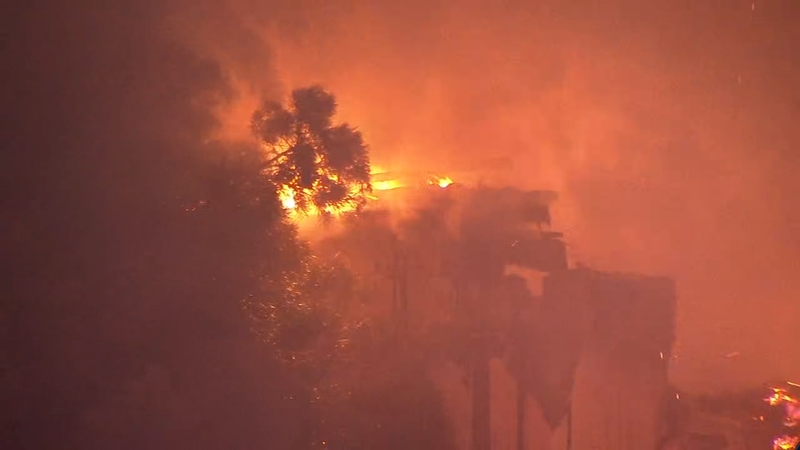 CARUTHERS, Calif. (KFSN) -- A vacant building in Caruthers burned down after fire officials say it may have started as a warming fire.

Flames scorched through the 20,000 square foot abandoned supermarket in Caruthers on the corner of Tahoe and Oak Avenues Wednesday morning.


Fresno County Battalion Chief Dan Urias says a deputy with the Fresno County Sherriff's Office was driving by around 4:30 am when he saw thick smoke and called it in.

"When engine 90 arrived on scene, they found heavy smoke and fire coming from the structure and no occupants inside the building," said Battalion Chief Dan Urias.

Urias says there were initial reports of people possibly inside the building, but later investigators found it was empty.

But Urias says as temperatures continue dropping overnight, transients are doing what they can to stay warm. Many times, it means breaking into vacant buildings.

"We have responded to this location roughly 4 to 6 times for warming fires inside the structure due to transient activity," said Urias.


Urias says it was too dangerous for firefighters to make their way inside the burning building, so they took quick action to protect surrounding buildings.

"The firefighters did a great job at confining the fire and making sure it stayed in the area of origin," said Urias.

Surrounding business owners tell Action News they're thankful the fire didn't spread. They've also noticed an uptick in the number of homeless people who find their way inside and saw this fire coming.

Locals also tell Action News that it used to be a grocery store known as the Old Fiesta Market several years ago. They hope the fire encourages owners to do something with the property that will add to the community.