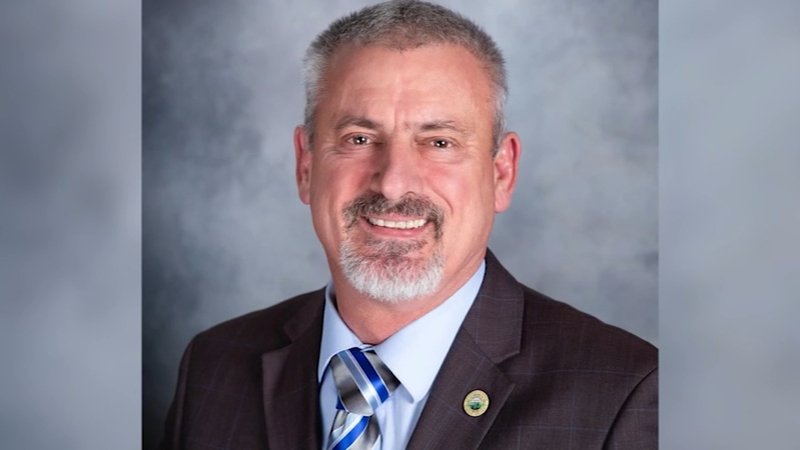 FRESNO, Calif. (KFSN) -- A Central Unified School District board trustee resigned abruptly during Tuesday night's board meeting, days after posting what many called a racist message.

Richard Atkins has faced backlash for his message posted over the weekend on social media, which said, "If you don't love the country you live in, then go back to the country you or your ancestors came from."

During a special board meeting on Tuesday, in between public comment regarding his post, Atkins said he was resigning effective immediately and to expect a written statement from him on Wednesday.

He also said he's sorry for "the pain and sorrow" he's caused due to his social media post that many have called racist.

#BREAKING: During public comment, Central Unified school district Trustee Richard Atkins announced he will resign immediately. He also says he’s sorry for “the pain and sorrow” he’s caused due to his social media post that many have called racist. @ABC30 pic.twitter.com/VPnumtAv4L

He then signed out of the virtual board meeting.

Action News reached out to Atkins, but he declined to comment further on the matter.

Despite his resignation, parents, teachers and advocates voiced their outrage and expressed their frustrations about wanting the school district to do more to ensure something like this wouldn't happen again.

Action News spoke to some parents who said the post left a lasting impact on them.

Since the post, Superintendent Andrew Alvarado said they've received calls from not just Fresno, but from all over the state.

Over the weekend, the superintendent and school board released a joint statement saying they're aware of the comments saying they "do not represent the views and mission of the Central Unified School District".
Report a correction or typo
Related topics:
societyfresnorace relationsrace in americacentral unified school district
Copyright © 2021 KFSN-TV. All Rights Reserved.
RACE IN AMERICA
Arbery, Rittenhouse cases spotlight self-defense and vigilantism
Rep. Lauren Boebert issues apology for anti-Muslim remarks
Ahmaud Arbery's mother speaks out after murder trial verdict
All 3 men charged in Arbery's death convicted of murder
TOP STORIES
Man shot multiple times at party in southwest Fresno
Cyber Monday 2021 deals shopping guide
Fauci says omicron variant will 'inevitably' arrive in US
Valley health officials bracing for arrival of new COVID-19 variant
Fresno police share tips for protecting your packages
Pedestrian hit and killed in Clovis
Is it ever too early to put up a Christmas tree?
Show More
Fresno Co. man accused of stabbing his mother, killing her boyfriend
Fresno State student killed in early morning crash on highway
Boy life-flighted after being shot in Tulare County, deputies say
1 killed, 1 hospitalized after stabbing in Auberry, deputies say
What is omicron? What to know about new COVID variant
More TOP STORIES News