Action News obtained a copy of the resignation and settlement agreement between Central Unified and Alvarado.
KFSN 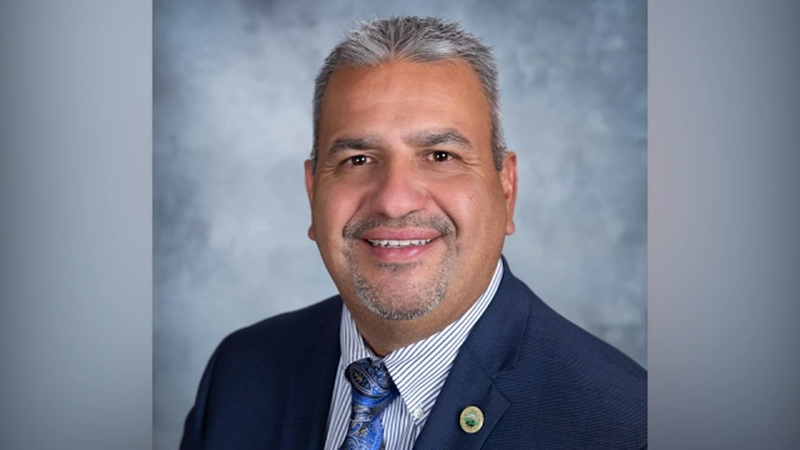 FRESNO, Calif. (KFSN) -- We are learning more about the resignation of former Central Unified School District superintendent Andrew Alvarado, who was arrested earlier this year on domestic violence charges.

Action News obtained a copy of the resignation and settlement agreement between Central Unified and Alvarado.

The document states that the school district will pay Alvarado a lump sum of $110,378.50, equivalent to roughly six months of his salary as superintendent.

Alvarado will also be paid out on any accrued vacation time and continue to receive health care benefits until February of 2022.

As part of the agreement, Alvarado cannot file a lawsuit against Central Unified, including for claims of civil rights violations, defamation, interference with prospective economic advantage and emotional distress.

Alvarado officially resigned last week during a closed session of a school board meeting. The board accepted his resignation.

The resignation contract also included the exact language to be used in the district's announcement of Alvarado's resignation.

After his arrest, Alvarado was placed on paid administrative leave by the school board and remained on leave through his resignation.

RELATED: No charges to be filed against Central Unified superintendent arrested on domestic violence charges

The Madera County District Attorney's Office announced earlier this month that no domestic violence charges would be filed against Alvarado.

He is still facing a misdemeanor case for alleged contracting violations.