Clayton Echard begins his quest for love on 'The Bachelor' 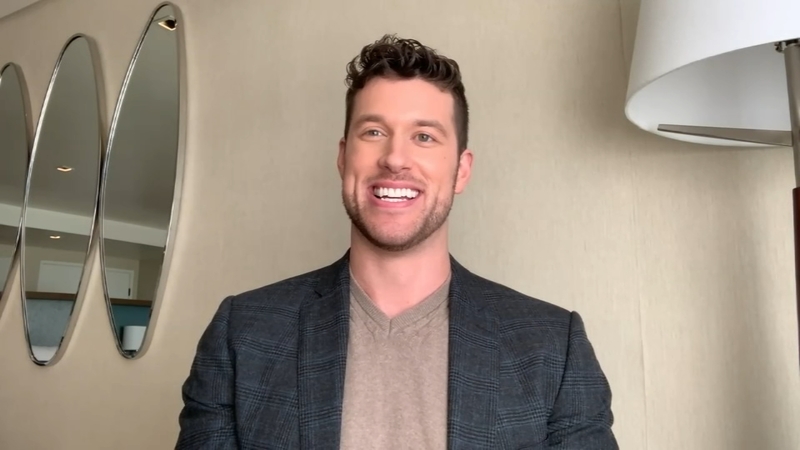 Clayton Echard begins his quest for love on 'The Bachelor'

It's hard to believe, but "The Bachelor" has been around for almost 20 years. The new season begins Monday with a guy who is no stranger to Bachelor Nation.

Viewers were introduced to Clayton Echard on "The Bachelorette," and he was clearly attracted to Michelle Young -- but she sent him home before meeting his family saying, "Something's missing for me."

That turned out to be not an ending for Clayton, but a beginning.

"Although I was heartbroken, as I left there I realized, 'Well, you've developed these genuine feelings therefore you can find love,'" he said. "It is possible."

And that is why he was willing to try and find love again on TV.

Clayton Echard has been named the season 26 "Bachelor" on ABC.

Promos for the new season make it clear that he found love not once, not twice, but thrice. So did he think it was possible to be in love with three women at the same time?

"Oh my gosh, no," he said. "No, not at all. In fact, I think I jinxed myself. I set an absolute. I said I will never fall in love with multiple women."

Those proved to be so-called famous last words, but did it make the show more exciting? Or more challenging?

"Both," he said. "I was all over the place mentally, just trying to grasp at what that looked like, and it was a challenge."

In the ABC promo, Clayton confesses that he's been "intimate" with two women who are standing side by side, and not surprisingly, teams and drama ensue.

"I realized I had to go with my feelings at the end of it," he said. "I couldn't try to keep rationalizing what was happening."

RELATED | Michelle hands out her final rose on 'The Bachelorette,' gets engaged
EMBED More News Videos

Michelle Young handed out her final rose on "The Bachelorette" and accepted a proposal!

In spite of the drama, the former collegiate football player told me has has zero regrets.

"You look at things as they play back and you wish they'd have been done differently," he said. "But I did everything that I thought was best at the time."

Where does it all lead? Well Clayton said he did, in fact, find love. But it came with a cryptic afterthought.