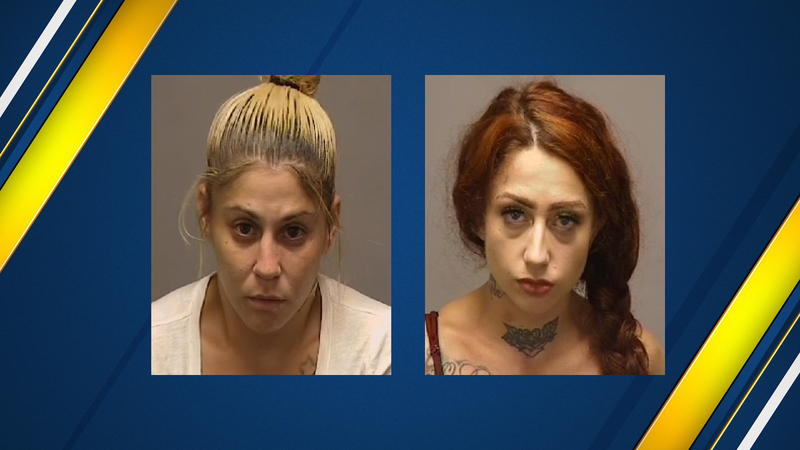 The Clovis Police Department said the suspects were caught in the act and then tried to get rid of dozens of envelopes as officers pursued them.

Talk at the community mailbox near Sunnyside and Nees Ave. Wednesday was all about the break-in.

"It's just surprising that they make these community mailboxes knowing that it's just a constant problem that they're broken into," said Joseph Hovda, who lives in the neighborhood.

Bruce Lepley said the same boxes were hit in December. At that time, his new credit cards were stolen.

But on Wednesday, an alert civilian community service officer was down the street working on something else when Clovis Police said she noticed something out of the ordinary at the mailbox.

"Two females in a vehicle had gotten out, opened up the community mailbox, and were taking mail by the hundreds," said Clovis Police Department Lt. Jim Munro.

The driver didn't stop and officers initiated a pursuit.

The pursuit continued down Herndon Avenue where surveillance video shows mail flying out the passenger side window.

The driver led police through Old Town Clovis and then eastbound onto Highway 168.

Officers were able to perform a PIT maneuver to disable the vehicle near Owens Mountain Parkway.

"We did recover hundreds of pieces of evidence including mail, cards, stolen property and we did determine that they had, essentially, a forged key to get into the mailboxes, which is common," Lt. Munro said.

Police said Johnson was already on parole for robbery and had an active warrant for her arrest.

Clovis Police said there has been a recent uptick in mail theft and residents should check their mail daily, stop their mail if they're going on vacation, and sign up for informed delivery so they know what mail to expect every day.

Law enforcement collected the majority of the mail that was tossed from the suspect vehicle and it's being held at Clovis Police Department for evidence.