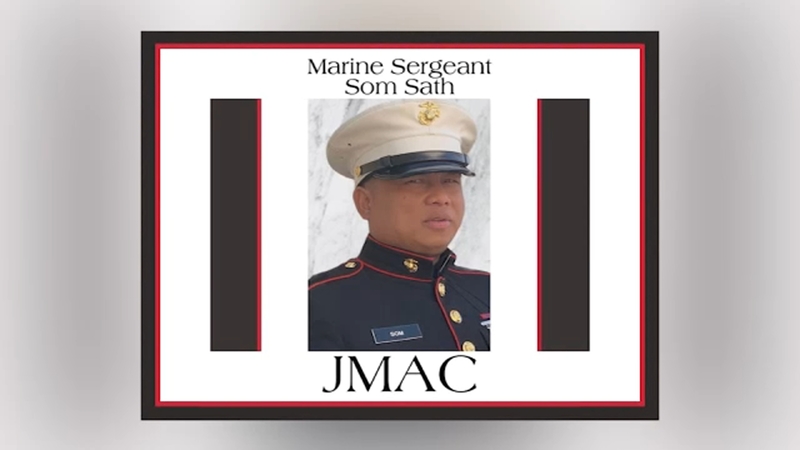 FRESNO, Calif. (KFSN) -- It's hard for Sath Som's family to accept that they're celebrating his 46th birthday without him.

Dozens of people who loved Som gathered Wednesday night along Highway 41 in northeast Fresno, where remnants of his truck and the belongings inside could still be found.

It was late Friday night that California Highway Patrol says Som was driving northbound on the 41 before he veered off and crashed into a metal fence, causing his truck to overturn. He was rushed to Saint Agnes Medical Center where he later died.

"From that day until right now, it's just a terrible nightmare," said his brother, Ohn Som.

Based on CHP's report, his family knows that drugs and alcohol were not factors in the crash. But they don't know what ultimately led to him veering off the freeway near Friant Rd.

"We will never know that. And as a family, we are struggling with that day-to-day," said Ohn. "Only one person can answer that -- that is him and he is no longer here to tell the tale."

Som's brother says the pain is profound for his three kids, wife and siblings, but it's a loss they share with the community.

"No matter how much stress he had, no matter what life threw at him, he was always there for the community," he said.

Som first immigrated from Cambodia to the US with his family in the 80s.

He spent years working as a superintendent for several construction companies, even overseeing the construction of the Save Mart Center.

His family says he was considered a leader in the local Hmong and Buddhist communities, but what he took most pride in was his work with the Joint Military Assistance Command.

Having served as a marine sergeant, he continued serving locally through the organization by making sure veterans were buried with proper military honors.

Paula Yang served beside him in the organization and says she'll make sure he's honored in the same way he honored so many before him.

"So it's hard for me, but you know he wouldn't want it any different," said Yang.