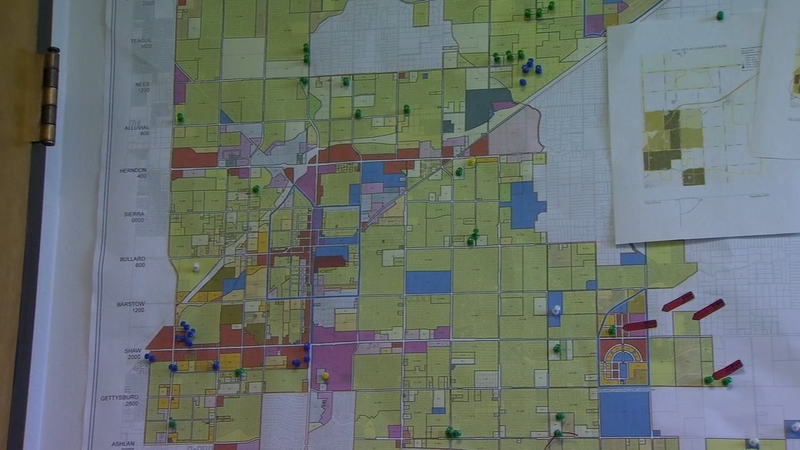 CLOVIS, Calif. (KFSN) -- The city of Clovis is facing accusations of discrimination after a lawsuit says it isn't providing enough affordable housing.

Central California Legal attorney Patience Milrod is fighting to change what she believes is unjust housing in Clovis.

"We filed a lawsuit against the city of Clovis for breaking the law... They plan for housing upper middle class people and white people and that's a problem," she says.

California law states you cannot discriminate against someone based on income but a lawsuit Milrod has filed alleges Clovis is playing favorites.

"The city of Clovis has failed in many years to do planning and zoning that would need housing at other income levels than upper middle class," she says.

Milrod says she's spent years building a case, finding areas where the city of Clovis was not following rules and regulations when it comes to zoning for multi-family housing.

And by blocking low-income housing, many people of color have also been discriminated against by the city.

In a statement, the city of Clovis' mayor said in part, "It is time to put a stop to the archaic and inflammatory assertions that Clovis is a community that welcomes only 'rich and white' newcomers. While it may make for a good headline, it is not reflective of reality and insults our community's values and personal ethics. Our community of more than 115,000 is a tapestry of individuals made up of people from diverse economic, racial, religious and educational backgrounds. We welcome all who wish to call the City of Clovis home."

For now, the city of Clovis will have 30 days to respond to the petition.

In the meantime, the city's mayor says they will continue to work closely with the California Department of Housing and Community Development.