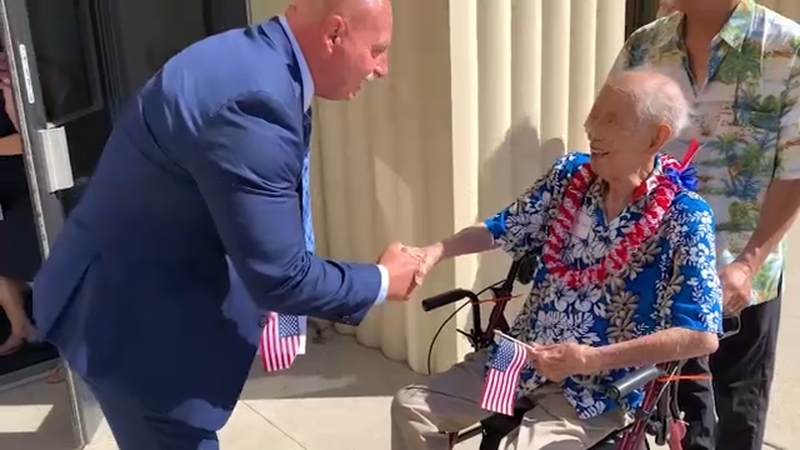 You can still see the emotion on veteran Wing Tuck Chin's face, when he talks about his time as an army pilot, but even he wasn't prepared for this.

"It's a great honor to be here," said Chin. "I didn't think anything like this would happen to me."

"This is the highest honor a civilian can receive from Congress," said Organizer Mark Chin. "So it's great to be able to honor these World War II veterans of Chinese American descent."

Over 100 people came out to the Fresno Veterans Museum to show their support. Chin had a front row seat as his father was recognized.

"There's only about a thousand veterans left so it was well overdue to have them have this celebration," said Chin.

A national ceremony was planned last April but was postponed due to the pandemic. Now regional ceremonies are happening across the country to honor these brave heroes for their service and sacrifice.

"It's a joyous event, that is well overdue to thank them for their services and their commitment," added Chin.

Widows of six Valley veterans were also at the ceremony to receive awards in honor of their late husbands.