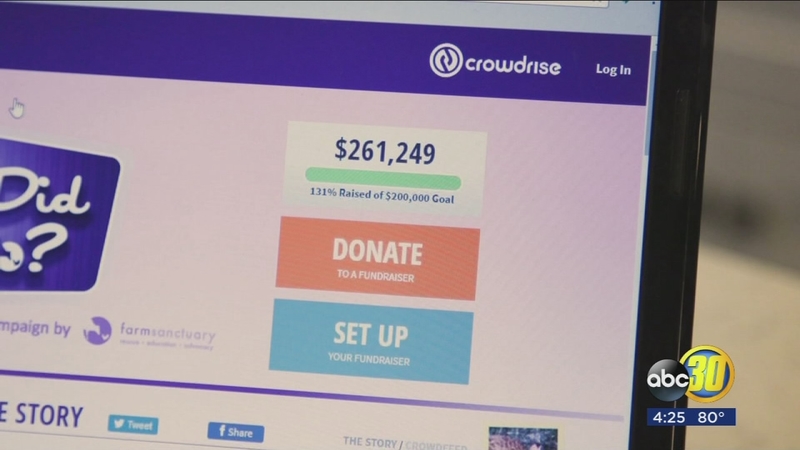 FRESNO, Calif. (KFSN) -- Over the years, Ann Niemeier has seen a number of fundraising campaigns come across her Facebook feed, and many times, she has been happy to help.

"I've seen some people in need of medical expenses and of course if something tragic happens to a family and their children need to be taken care of. So things that really pull at my heartstrings," said Niemeier.

She is not alone.

According to a 2015 survey, roughly one in five Americans has donated to an online crowdfunding campaign, often in amounts of $11 to $50.

While Niemeier has also donated to national organizations, for her crowdfunding, with its updates and photos, just feels more personal.

"I feel like I've become part of a family of support for this person. I like to see results and if my money can help that person fulfill that goal of whatever they need medically or something to make their life more comfortable than I am happy to see that," said Niemeier.

But before you let a personal story tug at your purse-strings, there are a few things to consider.

Nikhil Hutheesing of Consumer Reports says it can be hard to tell if the campaign is legitimate. In fact, there have been documented cases of fraud.

"But in general a lot of these sites take measures to take to prevent that from happening," said Hutheesing.

To protect yourself, he suggests keeping donations between friends.

"Generally the best thing to do is to give only to people that you know rather than complete strangers," said Hutheesing.

If you do not know the recipient personally, do not be the first one to pitch in, and you may want to read comments from other donors before giving.

"And see what they have to say about this campaign and make sure that it's legitimate," said Hutheesing.